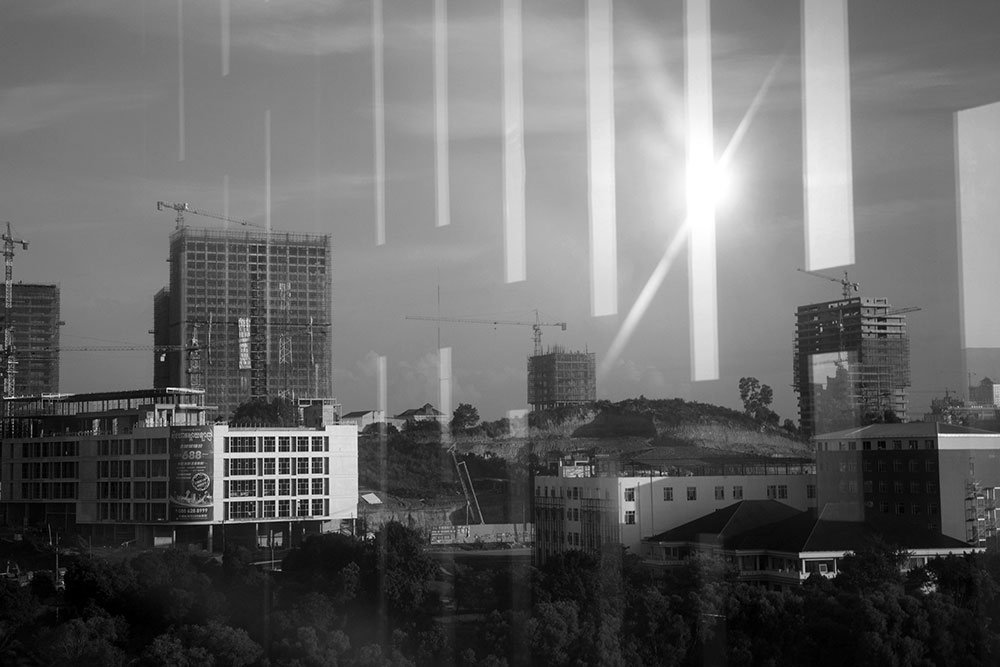 Sihanoukville.... has long had a seamy underbelly.

The backwash from Sihanoukville could be felt most of the way up National Road 4, the dilapidated two-lane highway linking Cambodia’s capital to its southern coast. When I made the trip down in late 2018, the traffic frequently slowed to a crawl behind a seemingly endless line of trucks hauling construction materials — sand, gravel, cement.

The first major wave of Chinese emigration to Cambodia followed the collapse of the Ming dynasty in 1644, when loyalists of the overthrown establishment fleeing the onslaught of the Manchus settled in the Mekong Delta

Where the Chinese investment boom differs is in its sheer suddenness and scale. The proliferation of casinos has been accompanied by a steep rise in drug use, prostitution, kneecappings and other criminal activity.

Cambodia’s capacious Buddhist culture has since readily absorbed many Chinese elements. From the capital to dusty villages, one can find Cambodian doorways decorated with Chinese characters — known in colloquial Khmer as jeung kdam (crabs’ legs) — and Chinese ancestral shrines twinkle on the floor of homes and businesses. Chinese New Year is widely celebrated, even by those with no Chinese heritage.

Sihanoukville’s transformation is more than a cautionary tale about the perils of China’s development model. In reality, the lessons are more ambiguous. In The Dragon’s Gift: The Real Story of China in Africa, Deborah Bräutigam observed that the impact of Chinese aid and economic cooperation differs widely from country to country.

Sihanoukville’s ugly realities suggest that China’s global influence spills beyond the decrees and policies of the central state, to encompass the actions of countless traders, labourers, entrepreneurs, hustlers and criminals whose interests often run counter to official schemes like the BRI — even as they ape its rhetoric.

full. https://mekongreview.com/city-of-light/
The idea that seeing the world is going from place to place to look at obvious things is an illusion natural to dull minds.
Top

It is funny you posted this today. This morning Google recommend an article about how the casino business is drying up and how things are a bit of a mess now. Here is the article disclaimer I haven't been to Sihanoukville so I can't vouche for the accuracy.

dontbeasourlemon wrote: ↑Fri Feb 21, 2020 5:50 am It is funny you posted this today. This morning Google recommend an article about how the casino business is drying up and how things are a bit of a mess now. Here is the article disclaimer I haven't been to Sihanoukville so I can't vouche for the accuracy.

Worth the read:
newsworthy/the-ruins-sihanoukville-t36249.html#p399366
Cambodia Expats Online: Bringing you breaking news from Cambodia before you read it anywhere else!

Despite its being described as such a terrible place, sounds like it's still worth a visit, if for no other reason then to at least have seen it in this awkward stage of change. Wild west, Chinese style.
Top

Its the major reason for the decline in tourism. Cambodias only decent beach destroyed. What else is there to do? Queue up to pay $37 to look at some ruins after paying $35 for a visa nd a $100 flight from bangkok, then what? Got to the legoland casino park to swim in polluted seas and wathc the floods and poer cuts. The only Wonder about KoW is to wonder why the heck anyone except chinese come here anymore
Top

I just love this and saw some pics from google
Top

there's not much fishing in chinoukeville jenny
.