This is a part of our Cambodia forums to chat about anything Cambodia-related. This discussion forum is at the top of our site because it's usually the busiest part of the expat community chatter with random topics on just about everything, including expat life, Khmer politics, Cambodian blogs we have or have come across, or whatever else our members want to discuss. Whether you're an expatriate, tourist, Cambodian or random traveler just passing through South East Asia, you are welcome to talk about anything or start new topics yourselves.
Post Reply Previous topicNext topic
9 posts • Page 1 of 1

I notice a few members live in Chbar Amov and curious why they chose that particular area?
Any supermarkets and restaurants down there?
Is there an expat community?
Rents a bit cheaper/better quality?
Top

Not much in the way of supermarkets, restaurants or bars, big new mall being built, heaps of borey developments, rents not as cheap as a few years ago but still decent, traffic sucks during peak hours, Southbridge Intl. School, I see more foreigners starting to live in the area mostly in the gated boreys.

Just my 2 cents worth, I dont actually live there, but have spent a fair amount of time there over the years and have seen a lot of changes.
Top

I was just over there yesterday and it has changed dramatically since I was last over that way several years ago. Met a friend now living in Borey Peng Huoth which is simply massive (compared to my Borey in TK anyway), nicely done in that it has trees and nice wide open roads. However, from him and other friends over that way, the problem is the traffic across the bridge in rush hour is just moronic. I have a decent commute all the way from TK to the south every day and on a bike it takes me 25 mins usually; in 3x that time my colleague has just managed to get from his house just over the bridge into the same office in a car. I couldn't do it myself, the moment my commute in a car (driven or driving) started to hit an hour, I got back on two wheels and haven't looked back.*

* because rule 1 of riding a bike here is to never look back - mirrors, over shoulder - none of that nonsense!!

It's true to say about the traffic at the bridge, I will avoid it at all costs at around 5pm, but not having to commute to work I am lucky. It also depends on other times if you are traveling by what mode of transport, I ride the Moto at most times and have no problems, sometimes unfortunately at rush hours, but I don't let it bother me has I am not in no rush myself.
It is certainly changing around the area with the new builds of the Boreys. Plenty of coffee shops and restaurants and supermarket's, and Dan's meats now has a shop there.

For supermarket's I tend to use Sambo, open until 10pm. If later there are plenty just a short ride over the river open 24 hours, and I would possibly tie that visit on return from a restaurant.
Just a few more maps for you.

I am still finding things around the area myself and I must have been here over 6 months now.
Came across a little Khmer coffee place the other evening on the Riverside. 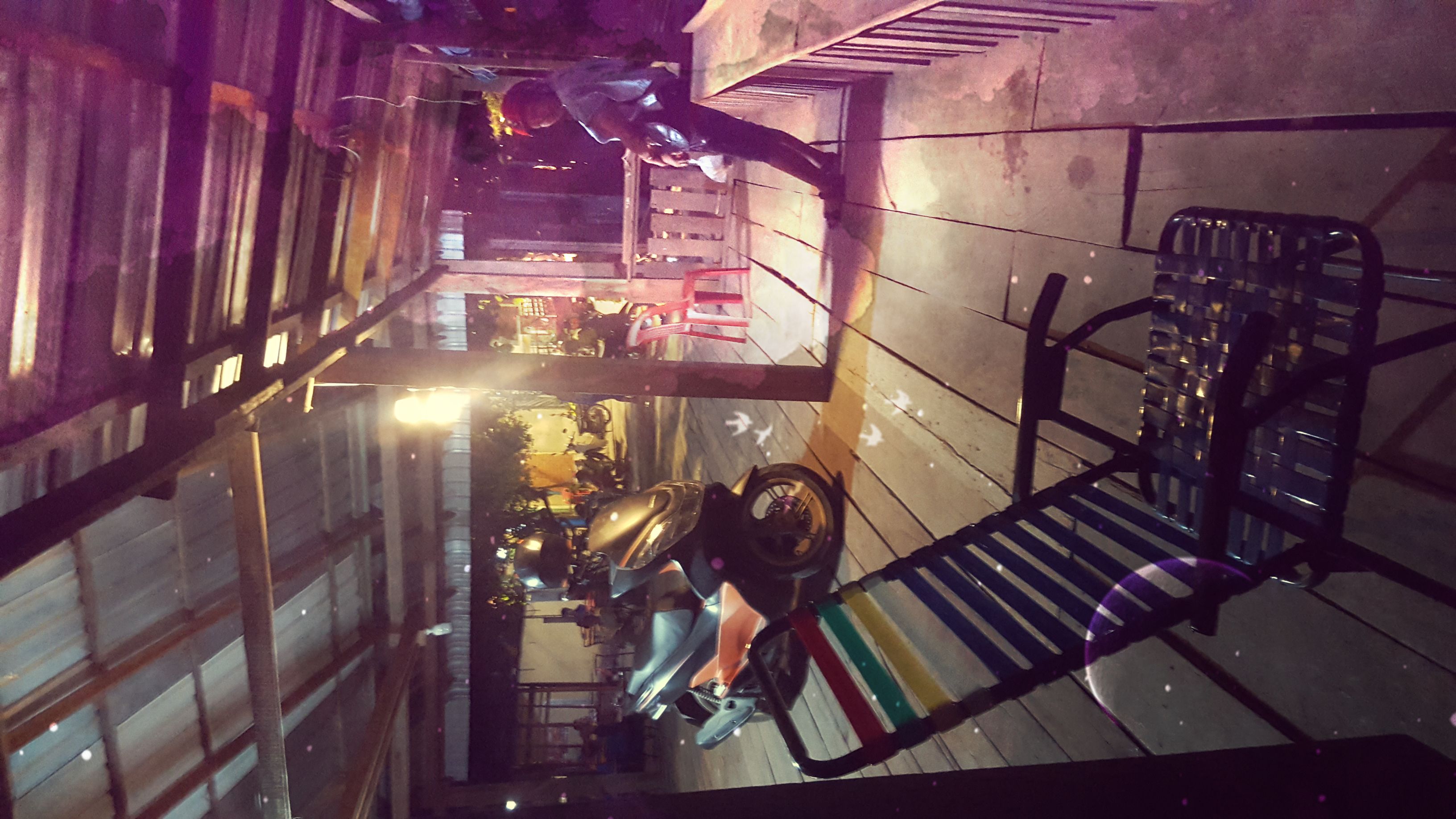 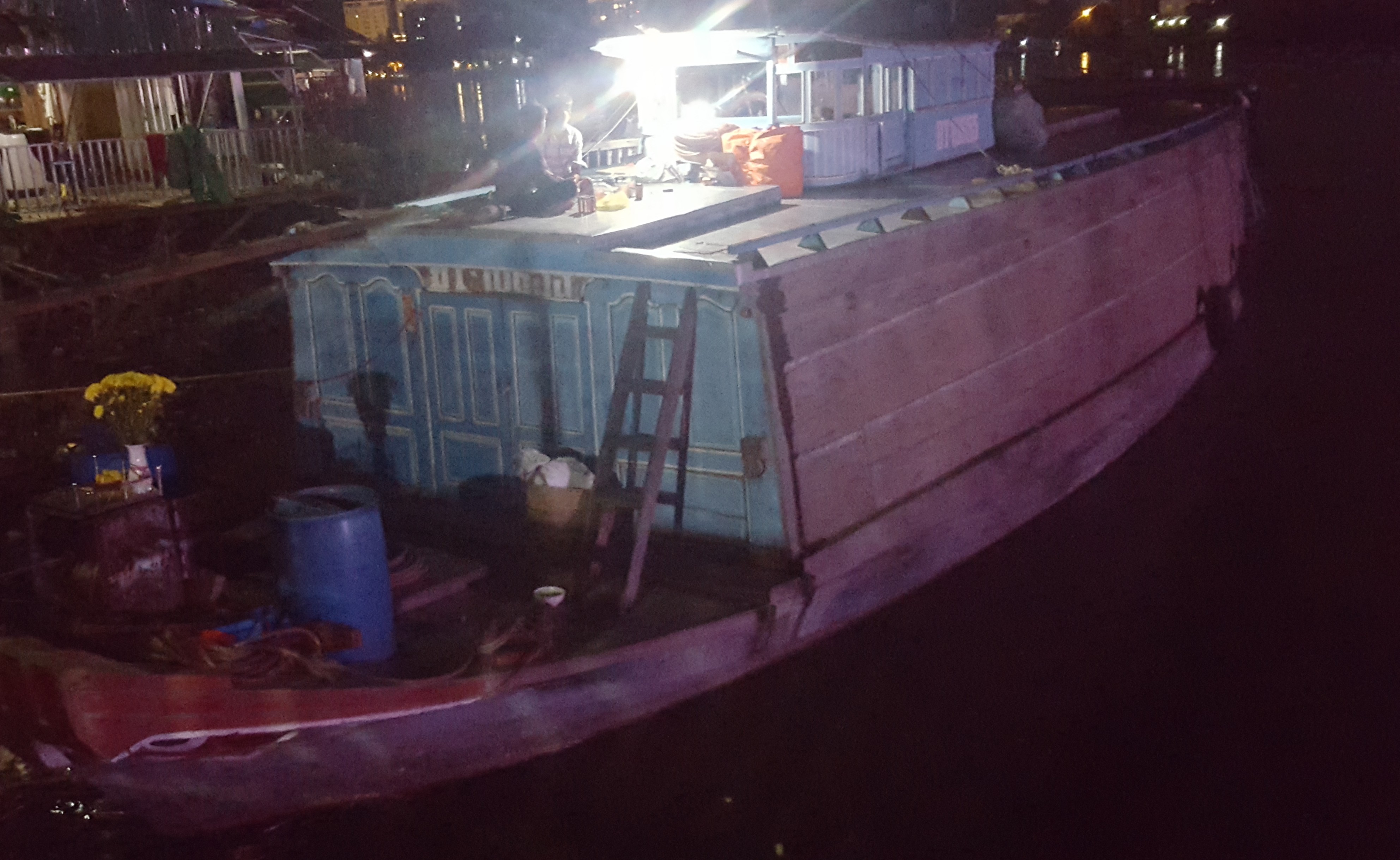 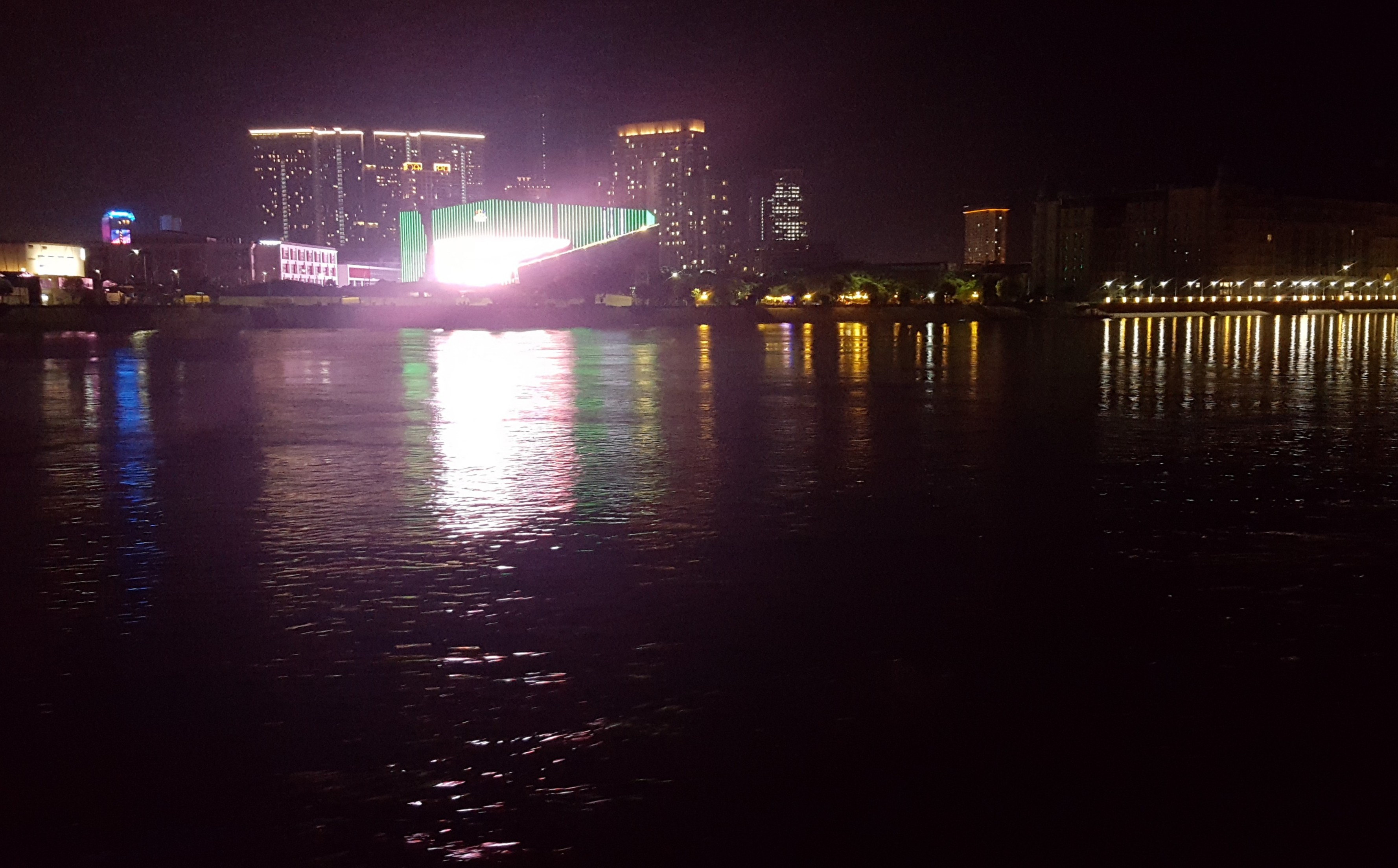 The other thing is like now for me traveling around, such as heading towards Kampong Cham, I tend to get the ferry so I don't ride in the city at daytime, at $1 for two people and the Moto it's a good price.
Always "hope" but never "expect".
Top

A friend thinks it would be a great place for a burger joint.

It does appear that khmers like Western fast food.
Top

It does appear that khmers like Western fast food.

Has your friend told McDonalds
Cambodia,,,, Don't fall in love with her.
Like the spoilt child she is, she will not be happy till she destroys herself from within and breaks your heart.
Top

It does not fit their real estate model.

Hey, why do Khmers like Pizza and hate cheese?

Also, they don't go much for chocolate. Never figured that out.
Top 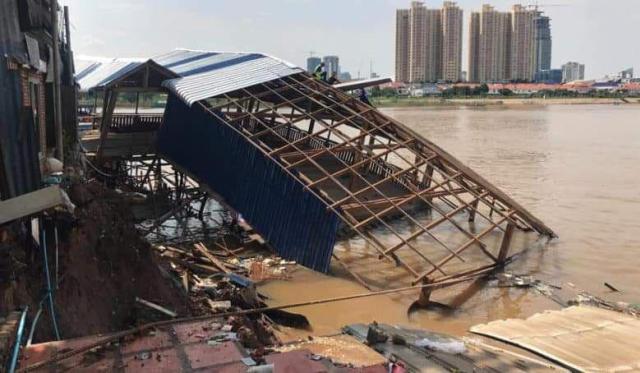 The café next to the Mekong River under the brand "Coffee Chow" in the village of Chan Chan, Sangkat Chbar Ampov 2, Chbar Ampov district started sinking into the river at 12 noon on September 29, 2019.

According to the shop owner, the heavy rainfall, mixed with continuous winds for several days, led to the rising tide of the river, causing the columns to collapse. The place was becoming dangerous, so he and his family decided to shut the cafe, collect all their belongings, and get to safety.

Shortly after they moved out, there was a heavy rainstorm causing the wellknown cafe to collapse into the river almost 100%. Fortunately no one was hurt. Unfortunately, the family's residence, built on the same riverbank, is also threatened.
Cambodia Expats Online: Bringing you breaking news from Cambodia before you read it anywhere else!

WOW that's not good news. I looked back on when we were there, actually on the 27th.
Always "hope" but never "expect".
Top
Post Reply Previous topicNext topic
9 posts • Page 1 of 1