This is a part of our Cambodia forums to chat about anything Cambodia-related. This discussion forum is at the top of our site because it's usually the busiest part of the expat community chatter with random topics on just about everything, including expat life, Khmer politics, Cambodian blogs we have or have come across, or whatever else our members want to discuss. Whether you're an expatriate, tourist, Cambodian or random traveler just passing through South East Asia, you are welcome to talk about anything or start new topics yourselves.
Post Reply Previous topicNext topic
22 posts

they work with what they got and being creative about it...ok I guess that's in the clever category.

Yeah, pretty much an exact example of the definition, lol.
Top

hahahha, I loled.
EVERYONE BOW DOWN AND PAY EXTREME HOMAGE TO HIS MAJESTIES flying chicken©
Top

The more developed the country, it seems, the more distant we become from the 'Make Do and Mend' attitude held by previous generations. If you do not have access to a main manufacturers repair facility, your choice is improvise, adapt and overcome or do without.
Remember your Karma helps a Wet Child In Wigan !
Top

I saw some big ass tuk tuk TRUCK cobbled together quite nicely. It'd be nice to start some event where guys could showcase stuff like this and the mountain bikes. Prize. Incentive to do it more. Make a center for it maybe. I mean this stuff MIGHT be organized and encouraged and done more. I've seen at least 5 Camry PICK UP TRUCK conversions. So someone is doing it but not organized in any way I bet. Young guys MIGHT go INTO this kinda thing if they saw where it could go. I got a bucketload of Craftsman socketsets, but they're all standard. Might bring over the ratchets and breaker bars tho n donate em to some shop that did good work.

maybe we could comission wacky stuff like that towards a contest run every year with "big" hooplah. Kinda like Junkyard Wars haha. A moto that'll float across a river, rear wheel resting on rollers hooked up to paddlewheels

give them inventive buggers a fun outlet to their ingenuity, with a prize. Get some Khmer/expat interaction an fun?

I know, can't happen for 100 reasons. But I imagine it would be a BLAST.
Top

One of my many jobs in US was front end and brake mechanic used a machine costing hundreds of thousands of dollars with all sorts delicate precision stuff. Here they do a four wheel alignment with a piece of string.
"i'm the one who has to die, when it's time for me to die, so let me live my life the way i want to"
jimi hendrix
Top

Necessity is the Mother of Invention .. And boy, we're they needy!

And I saw a cool back tire tire chain (like snow chains) made from the chain from a bike. Grabbed dirt and that Dae Lim climbed! In Mondulkiri.
Top 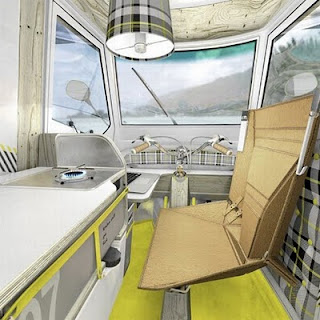 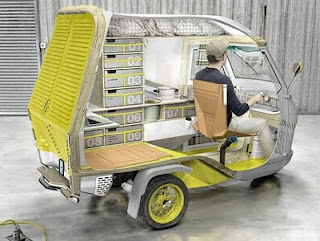 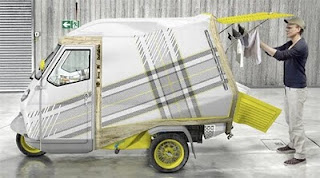 "i'm the one who has to die, when it's time for me to die, so let me live my life the way i want to"
jimi hendrix
Top

Thats 1 thing I admire in this country. They dont waste anything. My favorite guy in the street is Nek Twer Gong Hal..Jan Krong Gas. He fixes home fans and gas stoves. I broke my oscillating fan on purpose one day just to watch him fix it. I love it.

In america its just throw away everything...fucking sad and pisses me off. My Evo phone...I loved that thing. I wanted the same phone or fix whats wrong. Nope just buy a new and updated one...I just wanted my old phone back.

Anybody ever see the Tuk Tuks rigged with a tv and hammocks? Not bad.

You're a nobody in the gutter with a Smartphone in your a hand.

Most times we see our tuktuk in it's parking spot (when we're not using it, obviously) someone's set up home in it. There will usually be at least one adult and a few kids just camped out. It's a mini tuktuk and novel to them, and they clearly enjoy just sitting in it. We've been accepted as part of the street village on our little corner, so usually its people we know, but occasionally someone not from the immediate area will be in it and skulk off guiltily when they realise it's ours. We normally just laugh and invite them to sit down again. 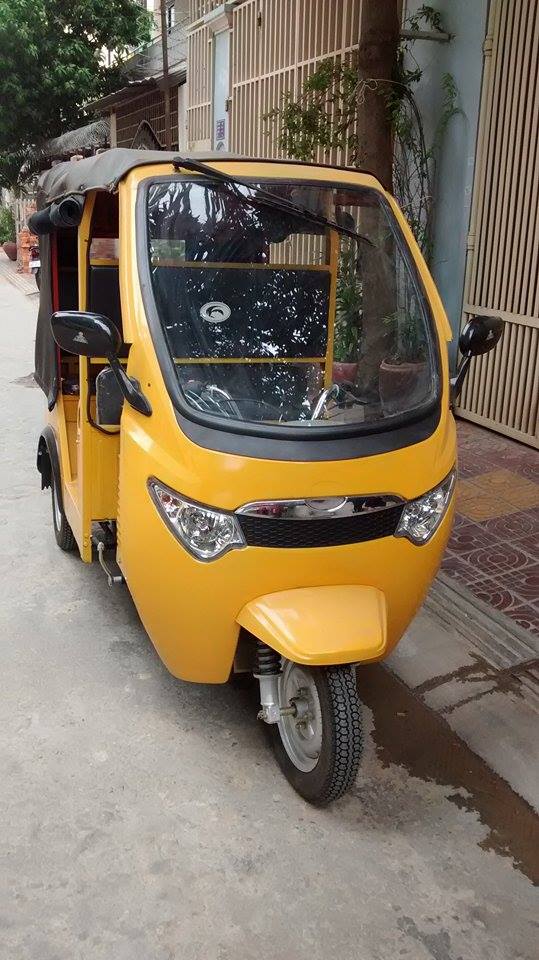 Edit: Normally before I start pulling out into the traffic, I have to check that little fingers haven't: switched the lights on; left it in a creative gear; pulled the reverse lever on; etc.
Bodge: This ain't Kansas, and the neighbours ate Toto!
Top
Post Reply Previous topicNext topic
22 posts