Beyond material benefits – Connecting conservation and cultural identity in Cambodia

Beyond material benefits – Connecting conservation and cultural identity in Cambodia 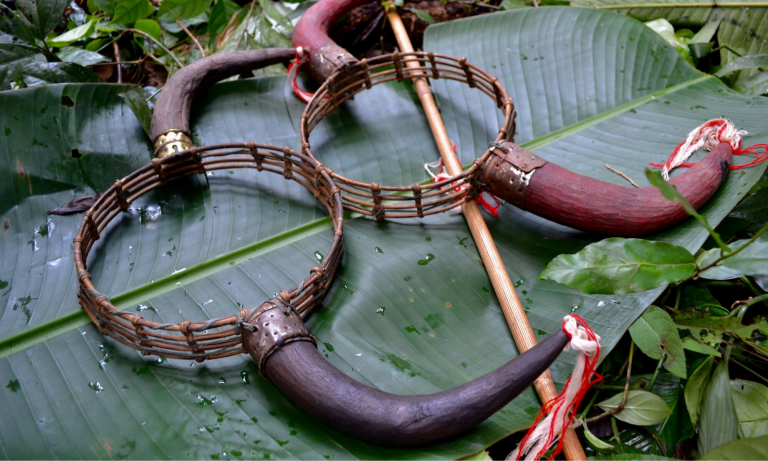 For the Chhong of Tatey Leu, people and nature are inextricably linked; here, “everything is from the forest”.

This ceremony calls forth the neak tah (spirits) to bring prosperity to the village in the coming year. Single file, the ceremonial procession winds its way through rice paddies and into the dense forest. On reaching a clearing, an altar is prepared and offerings are made to entice the neak tah from their dwellings in the ancient boughs of only the largest trees.

“I want people to be proud to be Chhong – in the past I couldn’t identify as Chhong, I felt too shy. When I went outside the commune the Chhong are nothing, people think we have no education and don’t know anything. I want the next generation to be proud and I want them to know they are important.”

Of particular importance is the Land Law (2001), which frames the land rights of Indigenous Peoples by recognising the role of customary systems in decision making and ownership. Such instruments are a crucial component of equity in Cambodia; however, day-to-day realities often differ from the black and white of such documents.

In Tatey Leu, the tension between customary and statutory practices and the rule of law is strongly felt. The motif of “the outsider” is commonly evoked during such discussions: “In the past, we followed the environmental laws and we got left out.

full https://www.fauna-flora.org/news/beyond ... y-cambodia
The idea that seeing the world is going from place to place to look at obvious things is an illusion natural to dull minds.
Top
Post Reply Previous topicNext topic
1 post • Page 1 of 1