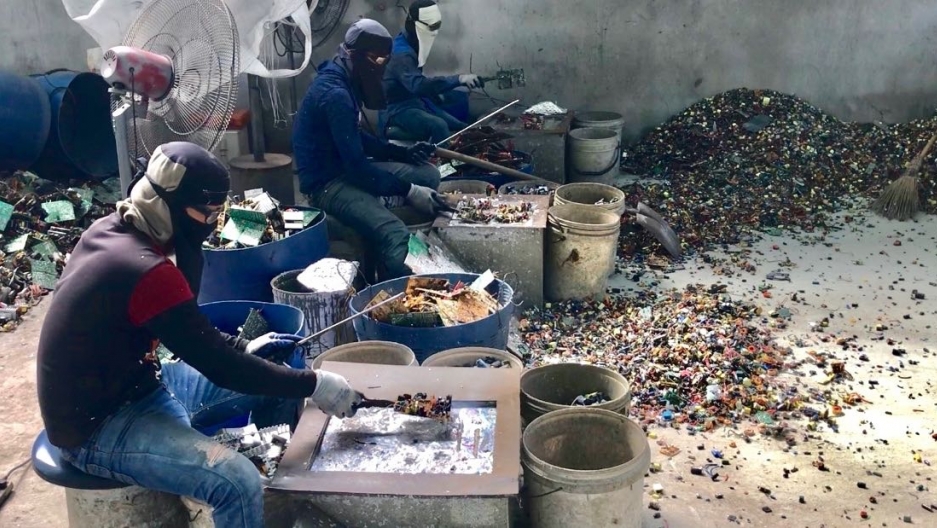 They call it “e-waste recycling.” But what happens inside Asia’s underground scrapyards looks more like crude alchemy.

Once it cools, this sludge has value. There’s actually way more gold in 1 ton of computer scrap than in many tons of gold ore. But this process brings terrible costs, namely to human bodies.

This is hardly what Americans envision when they drop off glitchy laptops or broken printers at their local recycling drop-off center. Yet, what fuels these Southeast Asian scrapyards is junk from afar — typically more affluent places such as Europe, Australia and the US.

Very rich, in fact. Rank the most profitable organized crime rackets in Asia and e-waste smuggling comes out in the top five. It’s more lucrative than sex trafficking and wildlife smuggling combined. The most recent UN study, issued in 2009, pegs the trade at $3.75 billion per year.

This smelting job is so undesirable that her bosses have to hire migrant workers from neighboring Myanmar. They hail from some of its most war-torn regions: Rakhine State along the Bay of Bengal, Shan State in mountains controlled by militias and rebels. “But at least they get paid 500 baht [$15] per day. And they get to sleep inside the factory for free.”

“I’ve been investigating these guys, and they look just like normal businessmen,” he said. “So, what makes them stand out? No matter which [illegal factory] we raid, we always find the owner is from China.”

full https://www.pri.org/stories/2019-05-21/ ... -scrapyard
The idea that seeing the world is going from place to place to look at obvious things is an illusion natural to dull minds.
Top
Post Reply Previous topicNext topic
1 post • Page 1 of 1