This is a part of our Cambodia forums to chat about anything Cambodia-related. This discussion forum is at the top of our site because it's usually the busiest part of the expat community chatter with random topics on just about everything, including expat life, Khmer politics, Cambodian blogs we have or have come across, or whatever else our members want to discuss. Whether you're an expatriate, tourist, Cambodian or random traveler just passing through South East Asia, you are welcome to talk about anything or start new topics yourselves.
Locked Previous topicNext topic
14 posts

So, then what happened ?
Did the girl get caught ? Did the victim catch his flight ? Is there a happy ending ?
Top

Make a call from the airport, sit back and have a burger.
Old tuk tuk driver mate comes out to pick me up.
Entering Daun Penh Avenue from Monivong, I see a demo coming off the Wat Phnom roundabout and heading straight towards us.
Monks on the march. Tep Vanny, Nget Khun - the whole crew in quickstep and action is in the air.

Shout at my Tuk tuk driver to swing under a tree outside Lycée Français René Descartes
Grab my camera and race off to get in on the action all the way up to the finely orchestrated riot they staged outside Municipal Headquarters on Monivong.
An hour and a half later come back to my luggage, my carry on, my computer bag and my tuk tuk mate. Grinning from ear to ear, both of us.

F***, in so many ways, developing good mates with tuk drivers has paid off big-time for me.
- so many things i would have missed. 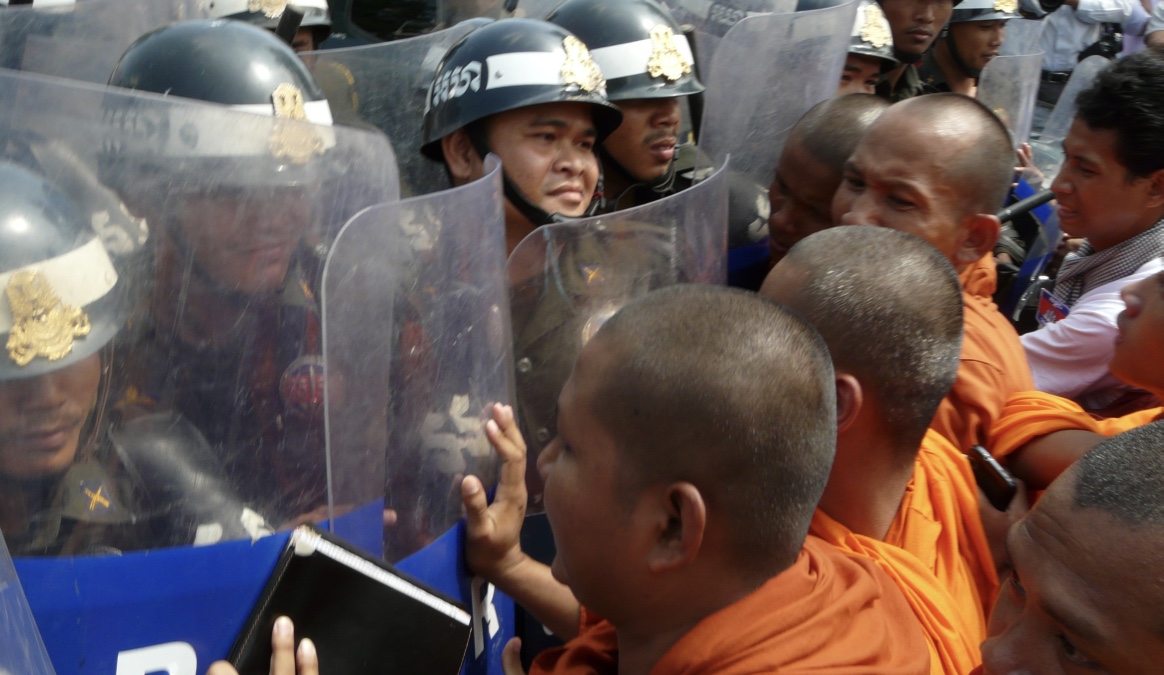 Free trips to the airport, taxis, PassApps - P'tuu! for tourists and all the other peasants,
I put my trust in my Tuk Tuk driver's hands.
Top

Cute ! I am sure that I would have ripped her off of all her clothes before she did...

$500 and an iphone in luggage and foreigners wonder why they are so often an easy target...
Top
Locked Previous topicNext topic
14 posts