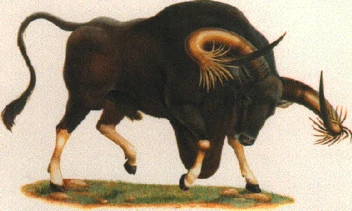 Apparently, the kting voar is an unconfirmed bovine living in Cambodia. “Kting” by itself means “gaur” , which is a very real, albeit endangered, bovine. “Voar” means vine. There wasn’t a lot of information on the kting voar online, but according to its Wikipedia entry, it has a mottled coat, twisted horns, and eats snakes. That’s right: this cow eats snakes. Weird.

Wat Tuol Trong is set roughly 12 kilometers behind my village, through a tree farm, a stretch of plantations, and to the left, over a ridge and in the middle of a small patch of forest. For a Buddhist pagoda, it is unusually quiet: with only one intermittently resident monk and a sprawling grounds, it is active for a single day in October.

I asked my host family about poaching in the village. Apparently, it’s fairly common. My host father went on to explain that many of the animals where shot for body parts to make ថ្នាំបុរាណ (thnam boran, literally “ancient medicine”), traditional Khmer medicine. He told me that one of the soldiers once shot an animal that had the face of a goat but the body of a horse, sucked the bullet wound, healed itself with its saliva, and ran away.

“They’re big, but they don’t let people see them. When they poop, they scatter it with their horns so no one can track them, and they avoid places they can leave footprints. There used to be many kting voar in Cambodia, but they’re all gone now. ”

He told me he knew a family near the school that had kting voar bones, and that he had seen them. Apparently, the bones were black. I asked if he could bring me to see them, and he said that it was a long time ago and the family had since lost the bones.

The mystery only deepened, and outside of a full-blown kting voar hunt, I had reached a dead end.

full https://strangerincambodia.wordpress.co ... -cambodia/
The idea that seeing the world is going from place to place to look at obvious things is an illusion natural to dull minds.
Top

@SternAAlbifrons posted a link to this image a couple of months ago. 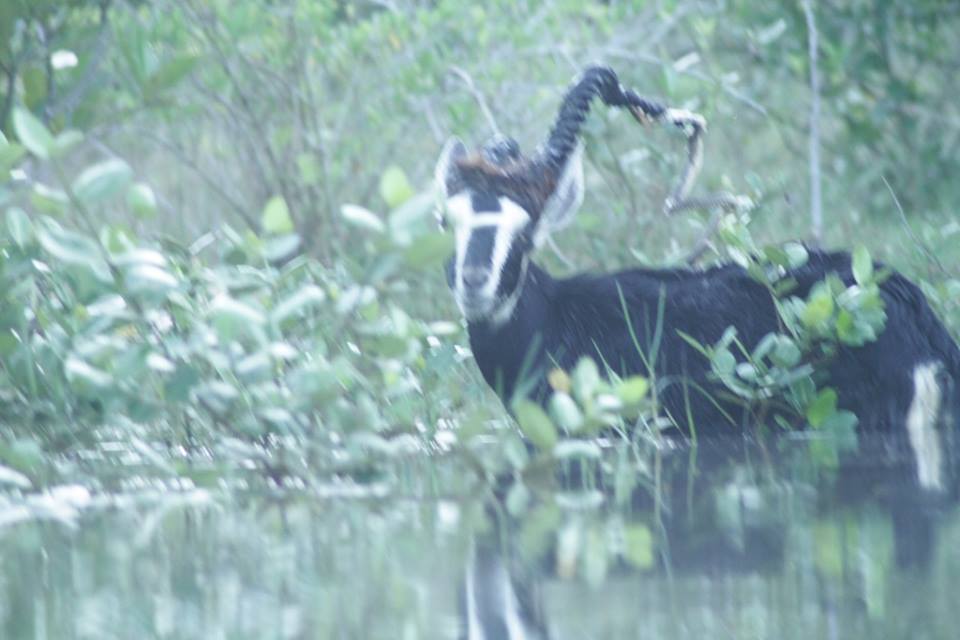 Lots of info here on this wikipedia page. It's in Spanish. https://es.wikipedia.org/wiki/Pseudonovibos_spiralis
Who let all of this riff-raff into the room?