Wearing your heart on your face

Wearing your heart on your face 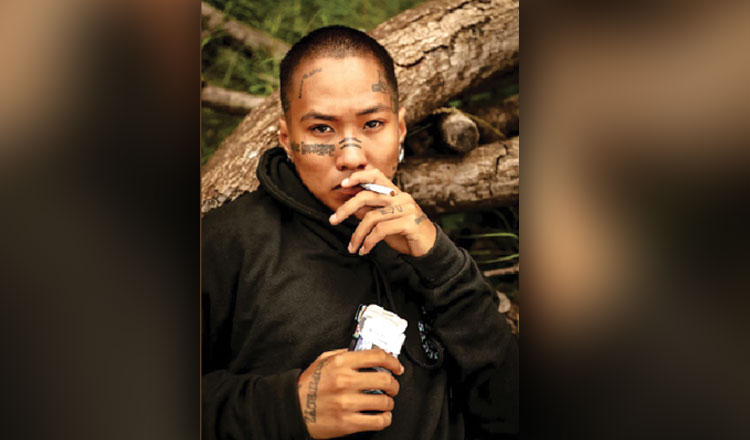 “Tattoos are only what I wear on the outside, it is not a reflection of my inside. My tattoos don’t hurt me nor you, it is just a matter of personal style.”

Being in Cambodia where the culture is more conservative than the West, rarely will your mum compliment a tattoo on your arm, for instance. It is mostly viewed as the symbol of gang activity, lack of education or those who stay close to drugs.

The two stripes on his nose are inspired by his dad’s birthmark which 4T5 loves to joke about, “Dad, you try hard with that one stripe across your nose, so I’ll try twice as hard with two stripes.”

The 23-year-old said the tattoo under his right eye is his most favourite – it reads “loser” but the letter s is crossed and replaced with the letter v, making out a new spelling of “lover”.

Athika, founder of CG movement, who also produces rap music, stated that his face tattoos can present him as an independent, cold-hearted person with no regrets in life.

“Would you interview me if I don’t have a face tattoo?” Athika responded, as to explain that this art form is something which could make him appear to be unique, confident and noticeable.

full.https://www.khmertimeskh.com/50685925/w ... -your-face
The idea that seeing the world is going from place to place to look at obvious things is an illusion natural to dull minds.
Top
Post Reply Previous topicNext topic
1 post • Page 1 of 1

Users browsing this forum: No registered users and 117 guests