A Memoir to a son

A Memoir to a son 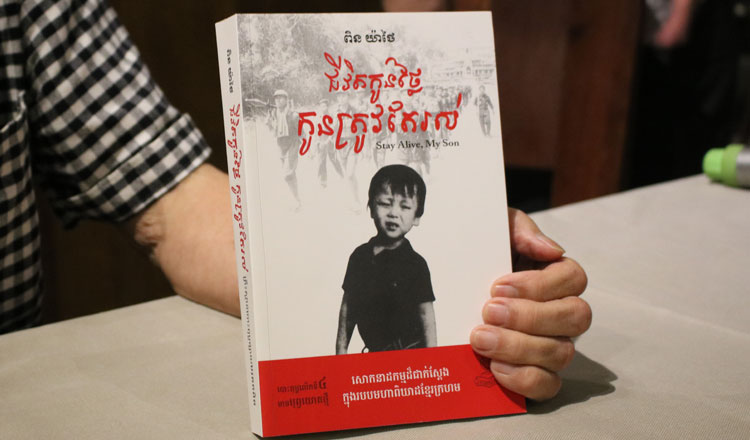 When the two lighters he’d brought from the village ran out of gas, he had no choice but to eat the animals he killed in their raw state.

Initially published in English by London-based Cornell University Press, Stay Alive, My Son, was the first memoir written by a Khmer Rouge survivor and doubled up as one of the first official testimonies against the brutal regime.

Historian and Cambodian expert David Chandlers, who wrote the foreword for Stay Alive, My Son, says that Yathay’s book stands apart from other well-known works, such as First They Killed My Father and When Broken Glass Floats by Chanrithy Him (both published afterwards) because of his age and insight.

It was one morning in late May 1977 when a painfully thin man in worn-out clothes staggered, barefoot, through the dense jungle covering the mountain range which separates Cambodia’s Pursat province and Thailand’s Chanthaburi province.

While it could have been the day that saw the release of the soon-to-be-cult-movie Star Wars or daredevil George Willig making headline news for climbing the South Tower of the World Trade Centre in the US, it marked the moment that Pin Yathay tasted sweet freedom. His daring escape followed two years of ruthless oppression by the ultra-Maoist Khmer Rouge when Cambodia had been completely cut off from the outside world.

“Looking back, it scares me – eating living mountain turtles, snakes and bats,” Yathay, now in his seventies, tells GT2 in an interview 43 years later after his incredible bid to survive. “But I didn’t feel anything apart from hunger. It was their lives or mine.

full.https://www.khmertimeskh.com/50688364/a-memoir-to-a-son
The idea that seeing the world is going from place to place to look at obvious things is an illusion natural to dull minds.
Top
Post Reply Previous topicNext topic
1 post • Page 1 of 1

Users browsing this forum: No registered users and 37 guests