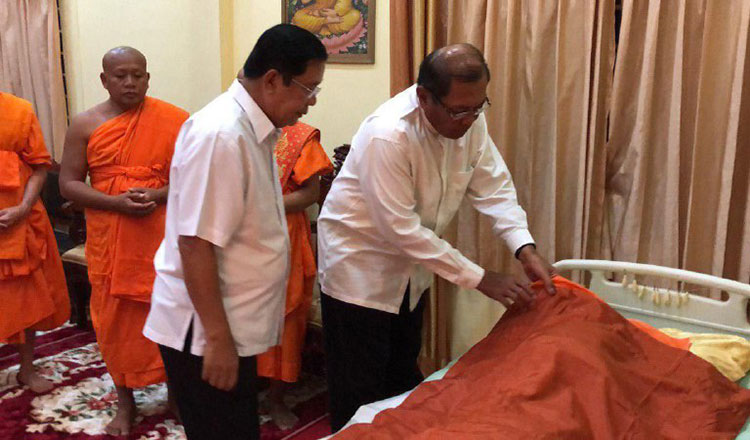 AKP
Las Lay, one of the Kingdom’s most senior monks, who devoted his whole life to promote Buddhism, passed away on Tuesday at Sansom Kosal pagoda in Phnom Penh’s Meanchey district.

Born in 1914 in Kandal province’s Ponhea Leu district, Venerable Las Lay entered his monkhood since his teens, according to a statement.

“In his whole life, he has tirelessly promoted Buddhism,” he said.

Prime Minister HE on Tuesday sent a letter of condolence to Great Supreme Patriarch of Mohanikaya sect Tep Vong for the passing of Ven Las Lay.

The body of Ven Las Lay is being placed in Sansom Kosal pagoda till Tuesday for pompous funeral, Ven Sorn said, noting that the public can pay homage to him until February 3, 2020 when his body is due to be cremated.
https://www.khmertimeskh.com/50655687/l ... es-at-106/
Cambodia Expats Online: Bringing you breaking news from Cambodia before you read it anywhere else!