Khmer Curriculum - what's in your bag?

Have questions or resources regarding Khmer Culture? This forum is all about the Kingdom of Cambodia's culture. Khmer language, Cambodian weddings, French influence, Cambodian architecture, Cambodian politics, Khmer customs, etc? This is the place. Living in Cambodia can cause you to experience a whole new level of culture shock, so feel free to talk about all things related to the Khmer people, and their traditions. And if you want something in Khmer script translated into English, you will probably find what you need.
Post Reply Previous topicNext topic
12 posts

Re: Khmer Curriculum - what's in your bag?

I disagree with learning the alphabet first. Now I haven't done it that way but I've tried a little.

My point with that is the tonal/vocal difference with Khmer to English is so much that it's good to get proper pronunciation then pronouncing the words will be easier. Not for you to read Khmer but for you to get the pronunciation better.

Username Taken wrote:Why make it more difficult than it already is? You don't need transliteration!

It's very simple (whatever the language), a character simply represents a sound. Regardless of whether that character is Chinese, Arabic, Thai, or whatever. Learn to identify the character and the sound that it represents.

It ain't that difficult.

I strongly disagree. For one thing, each vowel in the Cambodian alphabet represents 2 sounds - one for each type of consonant. Some of them can have anomalous third sounds. You also have a selection special punctuation marks such as the "rat's teeth" which further change these sounds. Then there are further anomalies, for example if 'srah um' (áž¢áž¶áŸ†) is followed by 'ngo'(áž„) the '-m' sound on the end of the vowel is dropped, or the silent 'ro' (ážš) sounds at the end of many words used to reflect their Pali origins.

Everybody says that Asian languages are so simple because each character represents a sound, but I think if you want to learn the language properly, that's rubbish. Transliterations are extremely useful in early-learning stages in order to remember things like this and also learning to pronounce the language correctly in a way that you understand. Maybe some people work better in the 'immersion' setting, but for me, this is how you do it.

IF you have the time to commit to learning the language, learn the alphabet and learn how to read/write. Your pronunciation will be so much better vs. using transliteration IMHO. Plus you can start to figure things out on your own! I can't believe I waited this long to learn the alphabet and how it works. It takes some time, but once you have the basics, it's fairly easy to recall. There are endless benefits to learning how to read and write, including beginning to learn on your own since you can sound words out, then look them up in the dictionary. Yes, there are words that will be questionable or that word that uses a special rule that you forgot, but generally, it's incredibly beneficial. I highly recommend taking the time to learn.

Yes that like telling a Khmer person how to say P then throw Pharmacy in there and then have to figure out how to tell them why the P doesn't sound like a P but a F. You can't take letter for letter pronunciation. Maybe some things but definitely not all. It's just a good start point to learn proper pronunciation.
Top 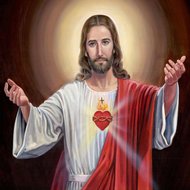 Re: Khmer Curriculum - what's in your bag?

Learning the Alphabet and Vowel sounds first so that you can have the mechanical ability to put them together is best way of learning the language. I'd taught a guy once, he was able to read khmer only after a few months (only a few hours of learning a week). I wouldn't mind to give an EU girl a private lessons.
Top
Post Reply Previous topicNext topic
12 posts