When Choub Kanha was 6 years old, growing up in the remote Cambodian village of Battambang, her father bought her a hula-hoop. Her mother was worried, thinking the rigorous movement would prevent her being able to conceive children later in life, but Kanha was hooked. It awakened her passion for gymnastics and, over the next three years, she practised as many skills as she could at home, before she decided to join circus school.

Now, aged 24, as her peers primarily work in factories, on family farms or collecting recycling materials from rubbish tips, all while raising several children, Kanha works 18 to 20 days a month for Siem Reap’s Phare circus, earning about four times the amount she would have had she chosen a more traditional role.

She and her only other female co-star, Nov Sreyleak, 29, say being such pioneers in their communities has not been easy. Their families have not always understood or approved of the artistic path they chose. Kanha’s father still does not, and even though she’s been in the show for six years, he has never made the journey from their village, a three-hour drive from Siem Reap, to see his daughter on stage, as she gracefully performs everything from backward walkovers to contortion stunts. Asked if this upsets her, however, she respectfully excuses him. “He’s busy,” she says.
Full article: https://www.thenational.ae/lifestyle/tr ... e-1.961975
Cambodia Expats Online: Bringing you breaking news from Cambodia before you read it anywhere else!

Re: Inside Cambodia's Phare Circus 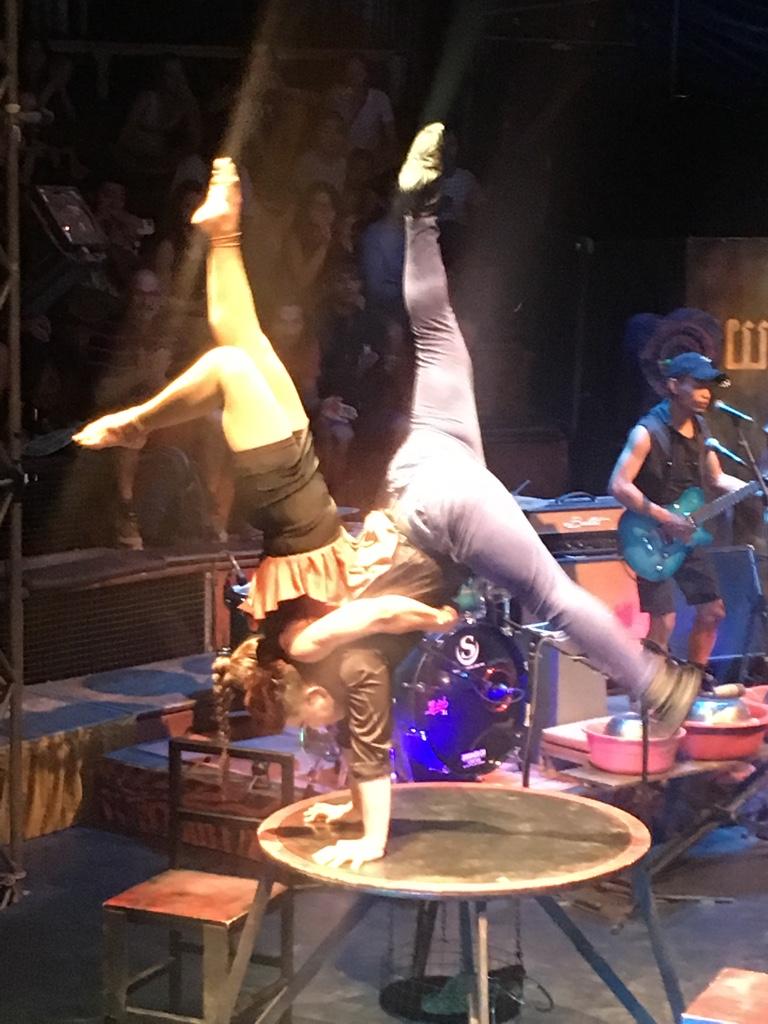 Saw a show the other day, they are fantastic!
Once you've read the dictionary, every other book is just a remix.
Top
Post Reply Previous topicNext topic
2 posts • Page 1 of 1

Users browsing this forum: No registered users and 161 guests