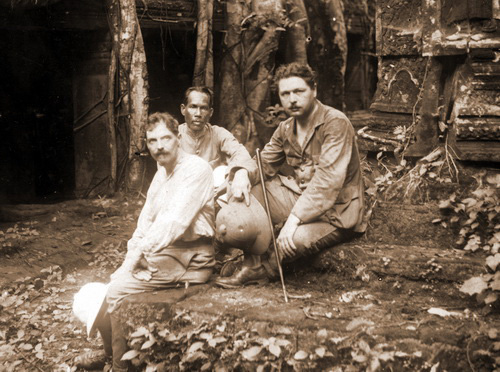 Born in Phnom Penh in 1887, George Groslier was a French artist, author, architect and historian who devoted his life to the study and revival of the ancient arts of the Khmer civilization.

Few, probably, of the tourists who hurry through Phnom Penh on their way to Angkor, realize that the exception­ally beautiful Museum, with its high-peaked curving roofs and richly carved doors, is not only a repository of Khmer treasures, but a forcing-house for the crafts whose seed the Khmers have transmitted to their descendants.

With the coming of the French (as so often happens when foreign influences have free play among Eastern peoples) the novelty of imported European goods dis­tracted attention from old familiar things; and the protec­tion and support that the King and native aristocracy had always given to the arts was more and more withdrawn. So one by one the old craftsmen with the secrets of their forefathers’ lovely arts hidden in their brains and hands, crept sadly back to the rice fields to earn a humble living; and the decorative crafts, which till then had managed to survive centuries of almost unceasing wars, bade fair to die out at last under a regime of peace.

Eventually George Groslier, on his return from war service, was invited by the Governor ­General, M. Albert Sarraut, to organize the scheme; and his programme—which emphasized that the instruction should be in the true native arts, without any attempt to influence or ‘improve’ them—being adopted without reserve, a credit of 150,000 piastres was voted. The same year the Cambodian king issued a decree transforming the ‘Royal School’ at the Palace workshops into a ‘School of Cambodian Arts’ combined with a Cambodian museum, placing both under French control. 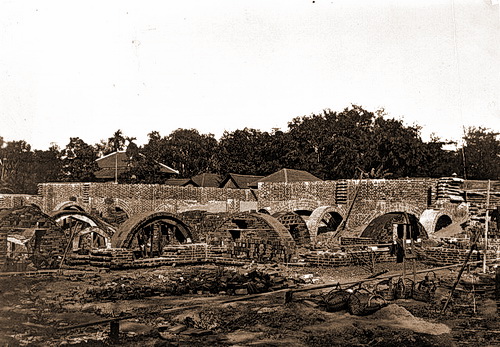 The centre door, measuring 16 feet by 7, was carved in 45 days by eight old craftsmen and ten of their pupils. ‘We want you to make this like a door of Angkor!’ said M. Groslier to them. ‘Let us see that you are worthy sons of your forefathers!’—whereupon they tackled the task as though it were some delightful game.

full http://www.devata.org/george-groslier-a ... c-TKNXBXIU
The idea that seeing the world is going from place to place to look at obvious things is an illusion natural to dull minds.
Top
Post Reply Previous topicNext topic
1 post • Page 1 of 1

Users browsing this forum: No registered users and 65 guests