Have questions or resources regarding Khmer Culture? This forum is all about the Kingdom of Cambodia's culture. Khmer language, Cambodian weddings, French influence, Cambodian architecture, Cambodian politics, Khmer customs, etc? This is the place. Living in Cambodia can cause you to experience a whole new level of culture shock, so feel free to talk about all things related to the Khmer people, and their traditions. And if you want something in Khmer script translated into English, you will probably find what you need.
Post Reply Previous topicNext topic
24 posts

hunter8 wrote: ↑Thu Dec 12, 2019 1:09 pm Progressives will go extinct because of the reasons above. We may not see it in our lifetimes but the trend is there and well established by now. I agree that equal rights sounds cool in theory.

We already seeing it Hunter, it's already started.
In California the men have totally emasculated themselves.
topic34737.html
This ^^^ is what hybrid cars and equal pay reeally lloks like.


Makes me wonder what the women will do.
Cambodia,,,, Don't fall in love with her.
Like the spoilt child she is, she will not be happy till she destroys herself from within and breaks your heart.
Top

From Ratanakiri to Phnom Penh: One Woman’s Pioneering Pursuit for Education 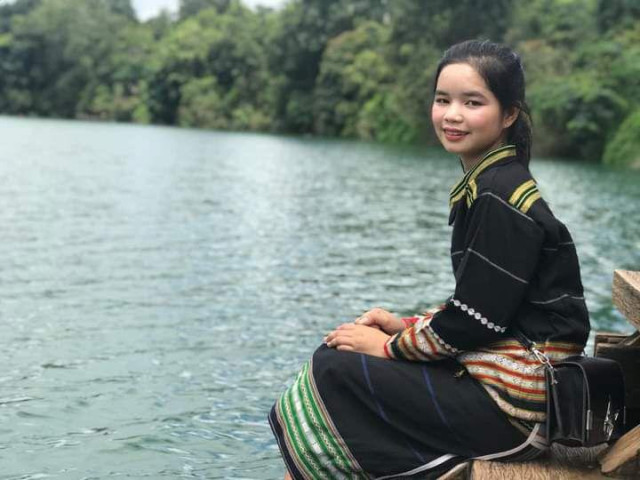 A 19-year-old Sreynorn is from the Jarai ethnic community in Ratanakiri Province. Photo supplied.

Ngay Nai 12/08/2020 10:46 AM
Romam Sreynorn is the first woman from her community to undertake an undergraduate degree, but trading life in the Jarai community in Ratanakiri Province for the student life in Phnom Penh is not without challenges.
PHNOM PENH--Despite education appearing to be more accessible for many in Cambodia, not every woman has the chance to follow their dreams of obtaining a higher education in the capital city, Phnom Penh.

This is especially true for those in rural and indigenous communities, but 19-year-old Romam Sreynorn, from the Jarai ethnic community in Ratanakiri Province, has managed to overcome both social and financial challenges to become the first woman in her village to study at university in Phnom Penh.

Sreynorn is currently a first-year student majoring in accounting at a private university in Phnom Penh, becoming the first woman from her community to do so.

Official data from 2015 suggests that ethnic minorities made up just 1.34 percent of the population. Some 24 different indigenous communities reside across 15 provinces in Cambodia, but Ratanakiri and Mondulkiri Provinces housed the largest concentration of the estimated 276,878 indigenous people.

The 2019 report found that while the government had established scholarship programs for primary schools in Ratanakiri, Mondulkiri and Preah Vihear Provinces—programs that included bilingual education—the loss of land, discrimination and social stigma surrounding ethnic minorities has had a grave impact on the level of education among their communities.

Sreynorn recalled that she was very much reluctant at first when contemplating the move to Phnom Penh. She was genuinely afraid of being ostracized by her villagers due to the fact that she is a woman and also from an indigenous community.

Bracing herself for the potential fallout in her community was not the only challenge Sreynorn faced.

She also worried that her indigenous status would also put her in a very difficult situation once in Phnom Penh and she was concerned whether her fellow students would accept her once she made the move.

“Sometime, I felt awkward letting others know about my real identity as an indigenous person,” she said. “It’s kind of a complicated feeling which instinctively pops up in my mind—some people look at me as if I am a stranger when I tell them.”

However, she was confident that she needed to go to Phnom Penh, explaining that the decision would have such a profound impact on her life.

“Deep down I know I have to do something if I want to have a better life than my current situation,” she stressed.

She continued, “I don’t want to live inside the box and follow in my parents’ footsteps—if I didn’t move to the city, I would not have any chance to improve myself and all I would do is continue to farm as people in my village do.”

Summoning her courage, Sreynorn decided last year to try to convince her parents to allow her to continue her studies in Phnom Penh.

She recalled how, at first, her parents were concerned about her living far away.

“Back then, my parents had some financial issues and sending me off to the city to study would only add to that burden,” he explained.

However, the financial issues were soon alleviated through the support of a non-governmental organization known as Cambodia Corps inc (CCi) that works with and supports indigenous people—particularly women and girls—in Ratanakiri and Mondulkiri Provinces.

They provided her with various levels of support including school tuition, accommodation and other basic needs. In exchange for the assistance of CCi, Sreynorn said she is required to go back and work in Ratanakiri and Mundulkiri Provinces after graduation.

“I was so excited that I could have this support,” she said. “Most of my friends had to quit their studies when they were in secondary school so they could get married.”

“I still cannot believe that I got this great opportunity, it’s like a dream come true—there has not been any girl in my village who could come to study in Phnom Penh before and I’m the first one to do it,” said Sreynorn.
https://cambodianess.com/article/from-r ... -education
Cambodia Expats Online: Bringing you breaking news from Cambodia before you read it anywhere else! 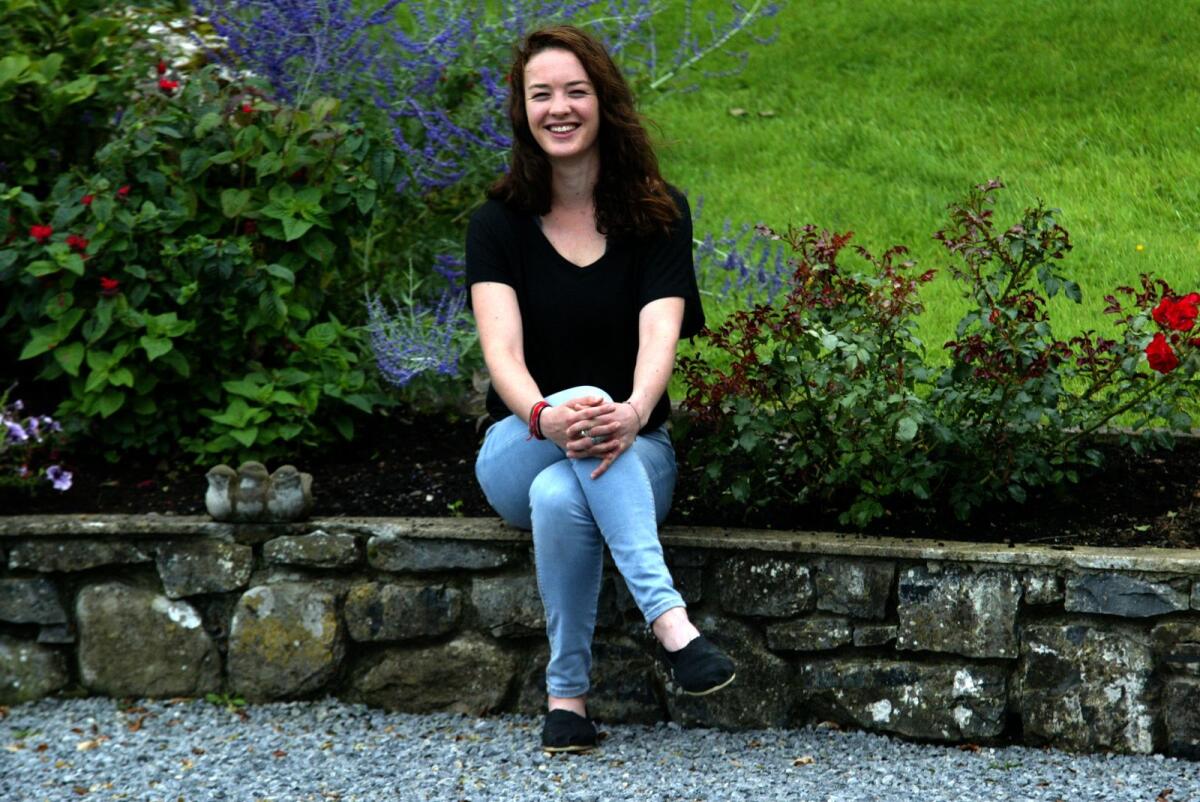 A “gut feeling” first brought Niamh Cooney from Baylin to Cambodia where she fell in love with the place and the people. Now, she wants to make a real difference to its future via a new organisation - SAME-CAMBODIA - which she currently securing charitable status for - its aim is to end gender inequality and gender-based violence through an innovative education programme she has developed for young people.

Having studied human rights in NUIG, she decided to travel to the largely rural Southeast Asian country for three months back in 2016 but ended up staying for four years.

“I woke up one day, I had Cambodia in my head, and decided to research it, really loved what I saw, and wanted to give it a go. I just had this feeling that I should be there and I found a project that I really liked, working on a child hygiene programme and off I went.

“I was supposed to stay for three months but I completely fell in love with the people and the place and just everything they had to give so I decided to cancel my flight and stay four years,” she laughs from her family kitchen last week.

For many, unfortunately, Cambodia is still very much associated with its violent past from the reign of Khmer Rouge in the 1970s when at least two million Cambodians were killed or died, a tragedy that the country continues to suffer from. Violence is an issue that affects 50% of all households in Cambodia, Niamh explains, and gender-based violence, oppression against women, and trafficking are huge problems in an impoverished country where most live on less than three dollars a day. Slave labour in garment factories is also a massive issue.

“At the end of the day, the information we are giving is universal, it's not anti-anything so as long as we stick with that. There's possibly going to be some pushback but it's more important that we do this,” she vowed, saying in future she wants to see the programme which covers subjects likehealthy relationships, safe touch, self defence, run by Cambodians.

“So once SAME-CAMBODIA develops, hopefully in a very safe way that the Cambodians will be happy to take it over. We just want to keep everyone safe and make sure it's effective, relatable and relevant, and very respectful of the culture and the people. We would never try to change thoughts or force opinions on anyone or anybody. We just want to open the discussion and allow them to make opinions for themselves."
https://www.westmeathindependent.ie/202 ... -cambodia/
Cambodia Expats Online: Bringing you breaking news from Cambodia before you read it anywhere else!

This unprecedented crisis unfolds against many existing challenges including persistent gender inequalities, existing inequalities in access to health, weak health infrastructures, and a high risk of secondary disasters in the region. COVID-19 presents a range of contextual challenges, that will have a greater impact on the most vulnerable, such as for migrant workers, indigenous and ethnic minorities, refugees and internally displaced peoples, migrants, urban slum-dwellers, and people working in the informal sector.4 As with all crises, women and children are disproportionately impacted.

The purpose of this Rapid Gender Analysis during COVID-19 is to analyse and better understand the impacts of the COVID-19 pandemic on women, men, girls, boys and specific at-risk groups in the Mekong region.
https://reliefweb.int/report/cambodia/r ... t-cambodia
Cambodia Expats Online: Bringing you breaking news from Cambodia before you read it anywhere else!