Currents of Time.(Mekong source to sea)

Currents of Time.(Mekong source to sea) 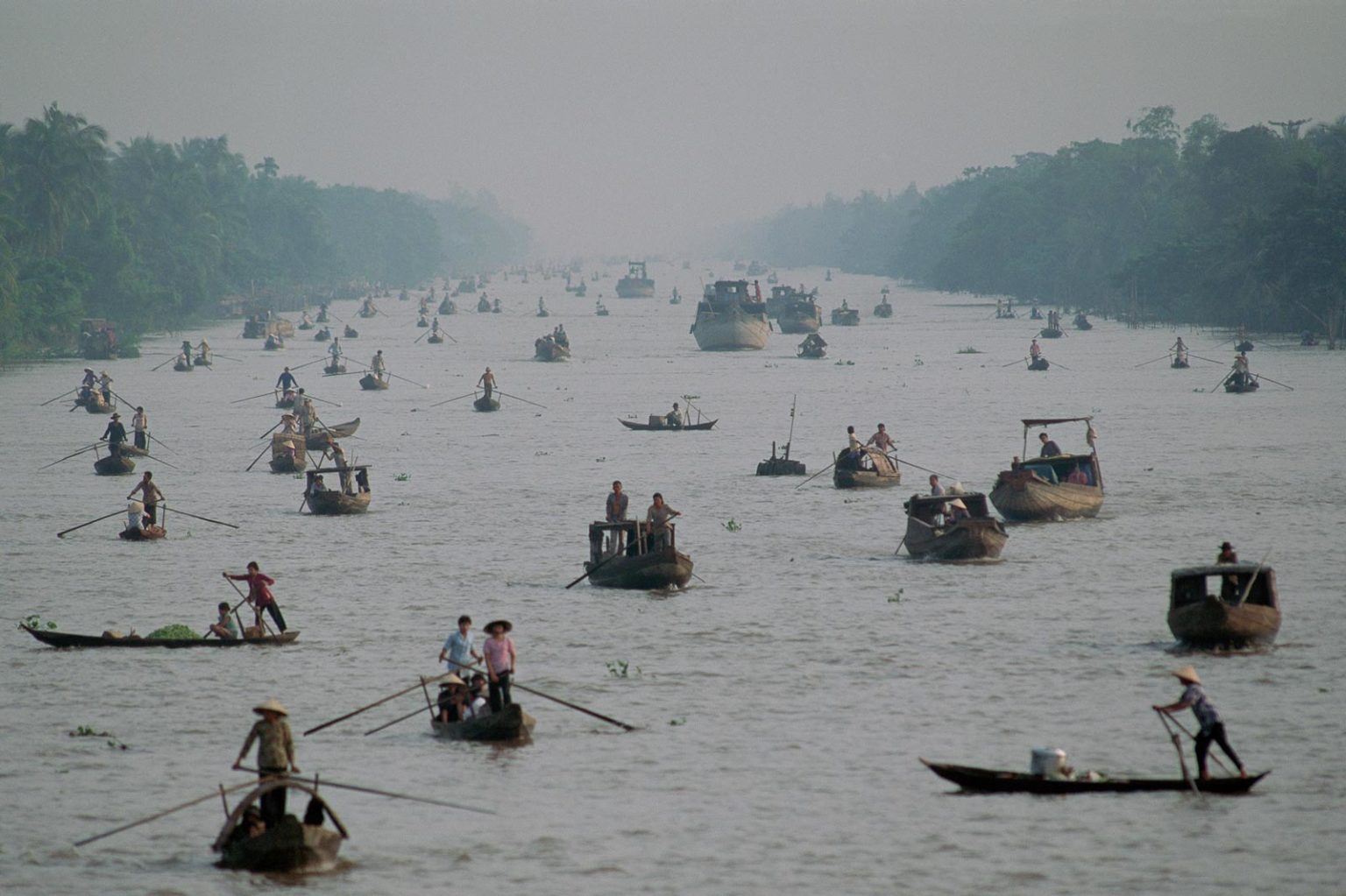 ..boats of all sizes cramming the waterways en route to the market in Phung Hiep, Vietnam.Photographer Michael Yamashita

In 1991, National Geographic photographer Michael Yamashita traversed the length of the Mekong, from source to sea, in a groundbreaking trip documenting the communities for which the river was so central to life.

For more than two years, this journey brought him through countries only just reopening to foreigners after decades of war and strife. He timed his route along the dual considerations of nature and bureaucracy, organising his shooting schedule across rainy and dry seasons and keeping tabs on where he could legally cross borders.

Depending on which country opened up next, that was where we went. It wasn’t a linear thing, start in one place and end up in the delta, it depended on who gave us permission. Laos was closed to foreigners, Cambodia – other than [when King Norodom Sihanouk was] returning, there were still soldiers all over. Even at Angkor Wat, there were landmines and not anybody could just go there, you had to have special permissions while the UN was there working on the temples repairing war damage.

In Vietnam, I was the first one in the delta since the war, to the point where we were debriefed by the [US Department of State] when I came back. Nobody had seen it, and they wanted to see what it looked like, so myself and the writer were invited to the Pentagon to be debriefed in front of this huge crowd of experts on Asia.

For the first thousand miles in China, it’s really only in the last 100 where people use the water for anything, at least in those days. The Tibetans – mostly in Tibetan territory right through the northern areas of Yunnan – it’s very sparsely populated and the river runs really rough. These rapids and deep gorges make it pretty much unavailable for anything but irrigation, and it’s also a tough area to be growing crops, so you don’t see it used for much at all.

We still had the turning of the Water Festival, and [King Norodom Sihanouk] had just returned so the whole city was buzzing. They had about a billion second-hand motorcycles being sold from Singapore, and everyone had one and it was absolute chaos, because there was only one traffic light in Phnom Penh. It was such a joy to be there because it was this really celebratory mood. That’s when I shot a lot of the fishing [photos], and ended up spending quite a chunk of time there. For me, that was the highlight.

full https://southeastasiaglobe.com/currents-of-time/
The idea that seeing the world is going from place to place to look at obvious things is an illusion natural to dull minds.
Top
Post Reply Previous topicNext topic
1 post • Page 1 of 1

Users browsing this forum: No registered users and 81 guests