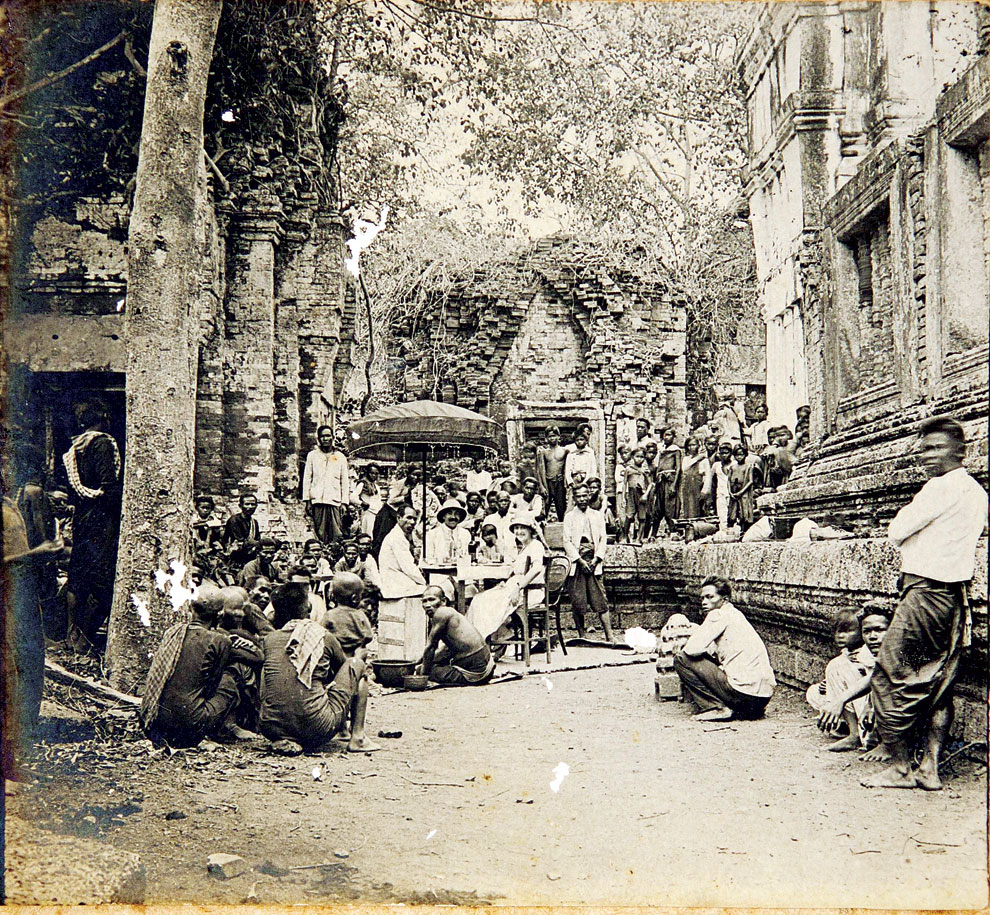 In the view of the government in Paris, Cambodia was a promising backwater. Persuaded by a missionary envoy to seek French protection against both the Thai and the Vietnamese, King Ang Duong invited a French diplomatic mission to visit his court. The Thai, however, pressured him to refuse to meet with the French when they finally arrived at Odongk in 1856. The much-publicized travels of the naturalist Henri Mouhot, who visited the Cambodian court, rediscovered the ruins at Angkor, and journeyed up the Mekong River to the Laotian kingdom of Luang Prabang from 1859 to 1861, piqued French interest in the kingdom's alleged vast riches and in the value of the Mekong as a gateway to China's southwestern provinces

The French found in Cambodia an established civilization with a recognized ruling class, at the apex of which was the king. They did nothing to upset or destroy the existing order and, in effect, ruled through the king rather than over him. The Cambodians quickly found out, however, that though the protectorate effectively stopped territorial inroads by their neighbors, it also reduced the country to a state of political andeconomic subordination to France.

In June 1884, the French governor of Cochinchina went to Phnom Penh, Norodom's capital, and demanded approval of a treaty with Paris that promised far-reaching changes such as the abolition of slavery, the institution of private land ownership, and the establishment of French résidents in provincial cities. Mindful of a French gunboat anchored in the river, the king reluctantly signed the agreement.

full https://www.globalsecurity.org/military ... france.htm
The idea that seeing the world is going from place to place to look at obvious things is an illusion natural to dull minds.
Top