When we all like to come out and play...
Bars, clubs and pubs oh my!
Post Reply Previous topicNext topic
56 posts

There are actually quite a few places on 51 in addition to Howie Bar. There's the absinthe place, Love Bar, Zeppelin and the upstairs reggae place as well (I'm blanking on the name, Gen Mack?). And Katy Peri Peri Pizza of course.
Top

Isn't that place called dusk till dawn or something....
Top

Yeah its Dusk till Dawn.

You could also try the Blue Dog on stree 51 around the corner from Flavors restaurant, there seems to be a lot of westerners in there most nights although a lot of them might be backpackers.
Top

And now they have opened the VERY top, which is really cool.
I think that floor is called The Terrace, but not certain.
"Life is too important to take seriously."

kiwiincambodia wrote:Try the bars on street 278, Liquid, Elsewhere and Equinox. They seem to have a good mixed crowd most nights of the week.

I'd also add Love Bar, if it's still open.

And, believe it or not, Pontoon.

I don't approach many white chicks there, because within a minute or 2 some snaggle-toothed slapper will walk by and grab my ass or at least do something that makes it obvious we know each other, and I'm left with a white chick giving me the stink eye and even if I try to say something, it's not gonna work. "Oh, I know her from, um, ah, um, she's, ah, The Phnom Penh Hash House Hariers...."

Meeting chicks in the other above listed places are fine. And I guess Pontoon is fine too, unless half the chicks in there actually do know you.

G-mack! I had no idea that you could dance. I've seen you pass out cold off a bar stool but "cutting the rug" at a disco? Wow. Impressive. And if you know the majority of working gals can I tag along some time? Be your wing-man? I'll buy you a cold anchor!
Winston Churchill said, "Have a cigar, a glass of brandy, pet your dog and get a blow job daily for a productive and fulfilling life"
Top

Why go for white chicks? Beyond me.... ok not really, I do miss the clear conversations and stimulating discussions about science and physics.

I showed pictures to my gf's family from the moon landing, her uncle asked her if they had any fish there....

Oh and also the blank stare I got when we were at the beach the other week and I asked if they knew why the water tide raised and fell at certain times during the day.

Now you understand. I have a girl but....shes unmotivated and doesnt really want to do much. Plus how on earth would I be able to bring her back to my homeland? Theres no water buffalo for her to take care of.
You're a nobody in the gutter with a Smartphone in your a hand. 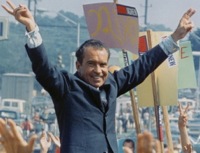 I almost exclusively date Asian ladies, but then I see something like Jen Selter's ass (google it), and I wonder if I should reconsider my dating policies.
Top
Post Reply Previous topicNext topic
56 posts