Cambodian women working hard to get ahead

NO BUSINESS SALES HERE PLEASE, WE HAVE A SECTION FOR THAT IN THE CLASSIFIEDS.
Post Reply Previous topicNext topic
44 posts 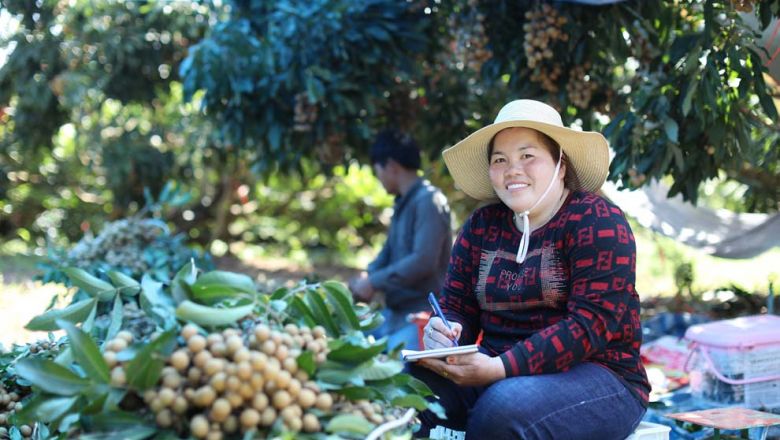 Oeurn Samon, longan farmer and one of Amret’s many successful clients.

Coming from a struggling second-generation farming family with original roots bound to the business of traditional gemstone mining in Pailin Province, Ouern Samon shares her life journey of transformation, accomplishment and success with us.

Q. Tell us about yourself

Married with two children, I am 33 years old and own a longan farm and trading business in Pailin. Starting with just two hectares of farming land, I now own a 13-hectare longan plantation in my hometown that distributes up to 10 tonnes of fresh longan every week.

I was born into a traditional gemstone mining family. Although my parents were struggling financially when I was growing up, they managed to provide adequately for us during the mining boom. However, it all changed drastically when my father passed away unexpectedly in 1999. And being a widowed single parent, my mother had to shoulder the sole responsibility of supporting a family with two young children.

Years later with the gemstone mining industry in decline, our family’s financial situation deteriorated to the point that on some days my mother was unable to generate any income at all. This prompted her to turn to farming in order to supplement the family’s meagre income derived from mining work as I turned 15. Although my mother’s venture into farming provided our family with an additional source of income, it did very little to make a big difference.

It all improved and changed for the better financially for the family when I got married and started a longan business in 2010.
Full interview: https://www.phnompenhpost.com/business/ ... ing-longan
Cambodia Expats Online: Bringing you breaking news from Cambodia before you read it anywhere else!

The Cambodian Women Parliamentarians Caucus (CWPC) has launched the “Girl2Leader Cambodia” campaign to share experience and knowledge with young women throughout the country, instilling in them ideas of responsibility, decision-making and women’s leadership in politics.

Lork Kheng – chairperson for the National Assembly’s (NA) Commission on Healthcare; Social Affairs, Veterans and Youth Rehabilitation; Labour and Vocational Training; and Women’s Affairs – told The Post on January 11 that this campaign had been launched five times since last year: three times in Phnom Penh and once each in Kandal and Kratie provinces.

“The focus of our campaign is to communicate with girls studying in high school to pave the way for them in terms of instilling ideas and dreams for choosing jobs and careers in the future. We hope to facilitate their development into courageous, independent thinkers,” she said.

Kheng noted that previous iterations of the campaign had seen enthusiastic participation from young women, and the new campaign is slated to be introduced in all provinces.

Cambodian Centre for Human Rights executive director Chak Sopheap lauded the campaign as an initiative which can positively contribute to gender equality by promoting widespread acceptance of women taking leadership roles in society.
https://www.phnompenhpost.com/national/ ... leadership
Cambodia Expats Online: Bringing you breaking news from Cambodia before you read it anywhere else! 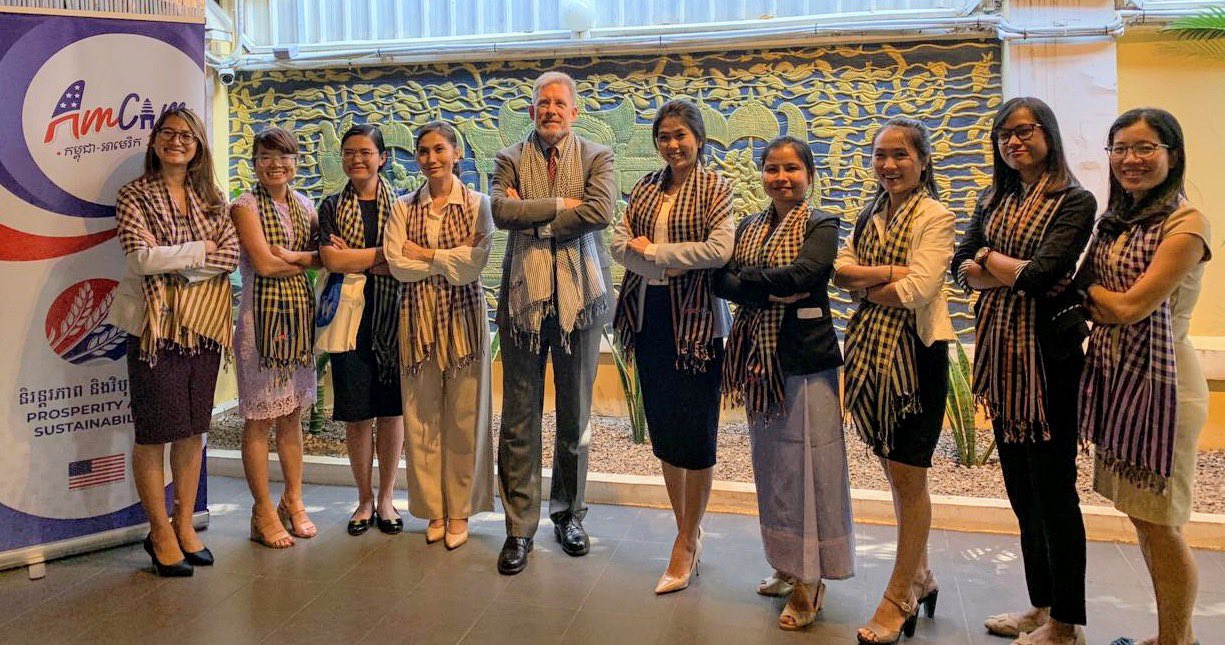 13 February 2021
Ambassador W. Patrick Murphy was glad to meet some of Cambodia’s most dynamic Women Entrepreneurs, doing great things to support the economy, achieving gender equality, & mentoring the next generation of women business leaders.
US Embassy FB page
Cambodia Expats Online: Bringing you breaking news from Cambodia before you read it anywhere else!

Cambodian women rank above the average for lower-middle income economies when it comes to business and the law, the World Bank said Wednesday.

In a report released in Washington overnight, the bank said Cambodia scored 75 points out of a possible 100 points — slightly below the Philippines (78.8 points) and Thailand (78.1 points)

The average for women from lower-middle-income economies was 70.8 points, the report said.

But Cambodian women scored poorly in terms of laws affecting the size of pensions (25 points) and working after having children (20 points).

In a statement accompanying the report, the World Bank said that working after having children “is the area that leaves the most room for improvement globally.

“This includes paid parental leave, whether benefits are administered by the government, and whether the dismissal of pregnant women is prohibited,” it said.

“Reforms are also needed to address the restrictions women face in the type of jobs, tasks, and hours they can work, segregating them into lower paid jobs.”
https://www.akp.gov.kh/post/detail/227525
Cambodia Expats Online: Bringing you breaking news from Cambodia before you read it anywhere else!