NO BUSINESS SALES HERE PLEASE, WE HAVE A SECTION FOR THAT IN THE CLASSIFIEDS.
Post Reply Previous topicNext topic
13 posts

Kammekor wrote: ↑Wed Jan 15, 2020 12:28 pm Pssst.... Mr EMMANUEL DIAS. Some inside info for free. Kratie airport has been turned into a uni, and Ratanakiri airport is currently only capable of handling choppers. And landing any of the two planes mentioned @ Kampong Cham airport will be extremely challenging if you want to keep the plane in one piece.

Yes, but there will soon be TWO airports in Koh Kong.

I thought the plan say the are planning to use seaplanes when operating to Kratie and Kampong Cham as well as some other locations? So as long as there is a river or lake, there is no need for airport.

Not from their Battambang 'hub'.

<edit>Maybe hybrids? But I see loads of problems for those @ RTK airport. 15 inch deep ditches, stuff like that....

With Cessna/Twin Otter seaplane like in their brochure you can takeoff/land to normal airport as well. And they work perfectly fine. Many locations in Europe and especially in USA/Canada they are used daily on a normal scheduled routes. 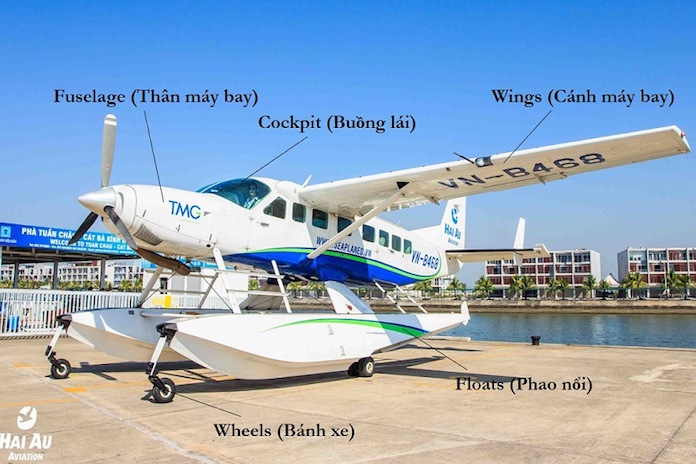 Tom Vanilla wrote: ↑Wed Jan 15, 2020 6:14 pm Clearly true...
Just an example , If they open again Sen Monorom again , they will be surprised by the potential coming dvp , tourists and agriculture investors will go for it ! Governement should follow carefully and pamper these business boosters.

I agree with all that ,TV - except the last sentence. These foreign business interests are unlikely to better the lives of most provincial Cambodians. Quite the opposite.
Ask the locals.
Top

I know this is not Vietnam, nor is the following report directly to the Battambang proposal.
However it does point to some issues that may be in common - including that even a large, capable business frequently finds that their grand airline plans can fall out of the sky like a Piemans pie
- and become nothing at all but dust.

Only a very brave man (ed; sorry, person) with a very high level of forensic accounting skills, or a fool, would consider buying shares in an airline startup,
- anywhere. let alone here.

It was scheduled to begin operation in July.
The number of aircraft in the first year was six narrow-body planes with 150-220 seats. On average, an additional six aircrafts were due to be put into operation annually.
The airline was expected to reach 30 aircraft by 2024.
It was expected that by 2025, Vinpearl Air would operate 62 domestic routes and 93 international routes.