NO BUSINESS SALES HERE PLEASE, WE HAVE A SECTION FOR THAT IN THE CLASSIFIEDS.
Post Reply Previous topicNext topic
4 posts • Page 1 of 1 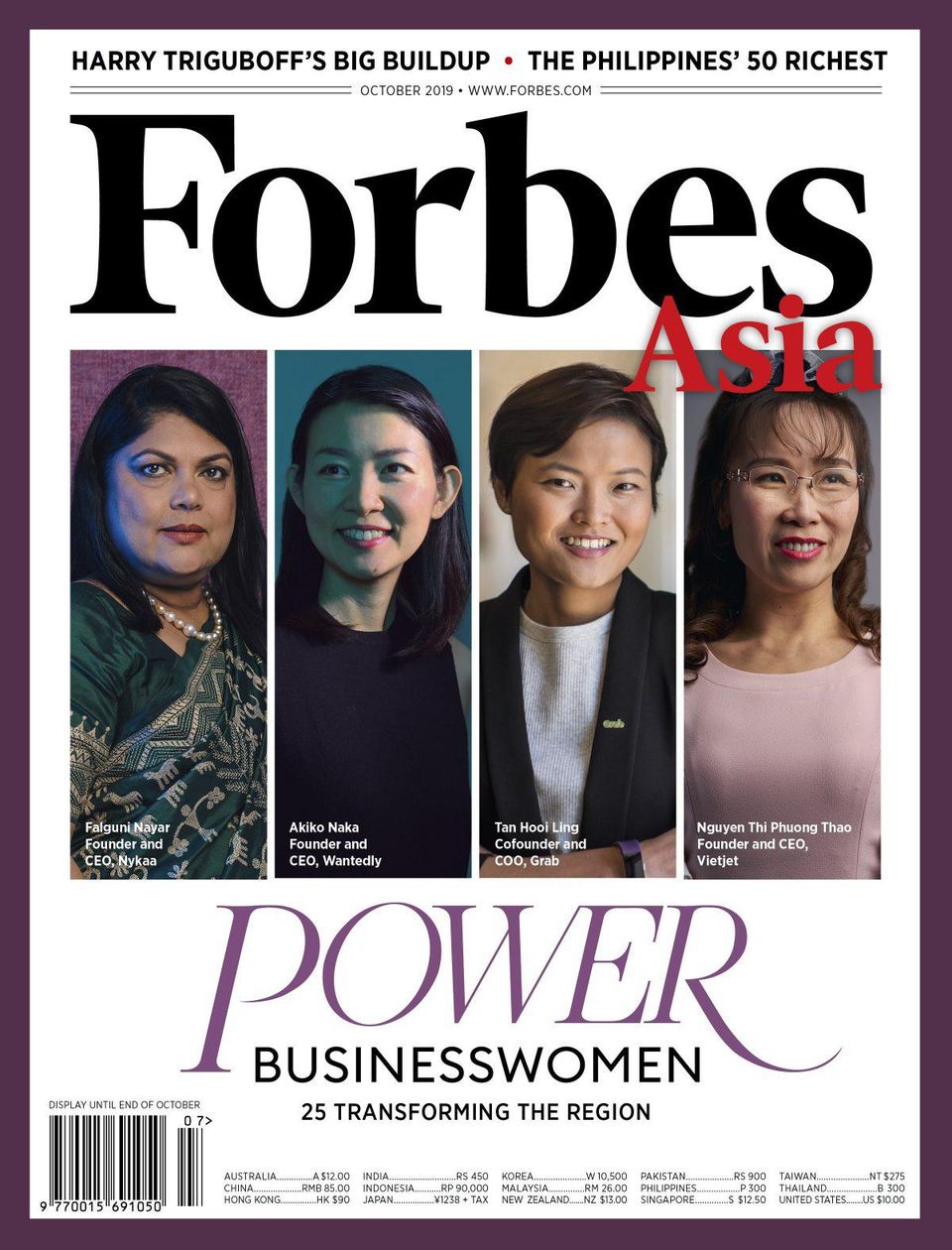 SINGAPORE (September 24, 2019) – Forbes today announced the 2019 Asia’s Power Businesswomen list, highlighting 25 outstanding women in business. The full list can be found here and in the October issue of Forbes Asia.

Among those who made the list this year is Nguyen Thi Phuong Thao, founder and CEO of Vietjet Aviation, who made history as the only woman in the traditionally male-dominated aviation business to start and run her own major commercial airline. Shares of Vietjet, which was founded in 2007, have more than doubled since its 2017 IPO, giving it a market value of US$3 billion. Thao is also Vietnam’s first self-made woman billionaire, and Southeast Asia’s wealthiest self-made woman, with a net worth of $2.5 billion.

Jennifer Wai-Fun Liu, founder of The Coffee Academïcs, is on a roll. In the seven years since she founded her specialty coffee chain, she has opened 20 outlets in four cities in Asia and will open three more in Manila, Bangkok and Shenzhen by year-end. Last month, she signed an agreement with a China partner to open 50 outlets in and around Guangzhou in the next five years. Talks are also underway with potential partners in Indonesia, Japan, South Korea, Malaysia and the UAE.

full https://www.forbes.com/sites/forbespr/2 ... db9c43711c
The idea that seeing the world is going from place to place to look at obvious things is an illusion natural to dull minds.
Top

Any Khmer women listed as also rans?
As my old Cajun bait seller used to say, "I opes you luck.
Top

But which one would you do?
Top

Users browsing this forum: No registered users and 103 guests