Ask us anything. Cambodia Expat's Online has a huge community of long term expats that can answer any question you may have about life in Cambodia. Have some questions you want to ask before you move to Cambodia? Ask them here. Our community can also answer any questions you have about how to find a job or what kind of work is available for expats in Cambodia, whether you're looking for info about Phnom Penh, Siem Reap or anywhere else in the Kingdom. Don't be shy, ask CEO's members anything!
Post Reply Previous topicNext topic
14 posts

SternAAlbifrons wrote: ↑Tue Jan 21, 2020 11:05 am
In part it was to flesh out my concerns about the things i do have some info on, To highlight that to others.
- like that academic surveys have a strict duty to explain where you personal information goes. and where your answers go. And to clearly identify themselves, before anything begins.


This is not an academic survey. Nobody able to write the word 'statistics' will accept a '(random) sample' like this. At the most it's harvesting ideas.

That's exactly right. I'm just trying to fulfill a requirement for a project and get enough answers so I can say that I have gotten input to make sure that I'm not going to start on an idea that is completely useless
Top

ElectricalProject20 wrote: ↑Tue Jan 21, 2020 4:21 am Hello, I am a student at Grand Valley University taking a class called Design Thinking for Social Product Innovation. The goal of this class is to design a product that can fix some problems in the world. The problem I am aiming to fix is electricity generation in Cambodia, specifically in rural areas that aren’t connected to the grid, or areas that experience frequent outages. Part of the process is gaining input from people, so I am asking if you would take this survey about some of the initial ideas I’ve had. It's not very long, I just want to get some initial feedback before I start the project.

Sir, your ideas are somewhat quaint in reference to Cambodia.

Rural electrification as always works on economy of scale.

The farmers will get their electric soon enough.

Currently, I'm bidding for a Small 20MW Solar Farm to feed this grid, and even that is a bit too small. 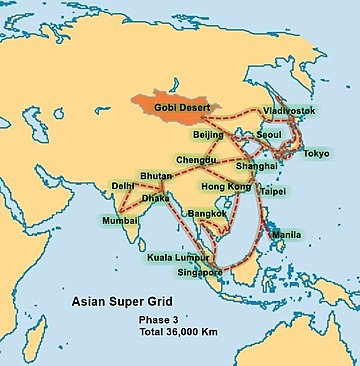 There are many, many companies already doing mesh solar production for rural electrification. Ditto for biomass gassifiers, micro hydro, wind, etc. I think DIY at home nuclear reactors are the only thing I haven't seen.

Let me explain to you problem #1 that you need to solve. It costs a lot of money to dig trenches and bury power cables in protective conduit. Armored powered cable that can withstand being eaten by vermin who tunnel is even more expensive. Because of this, everyone tries to run the cables in the air on poles, which turns out to be a very convenient source of revenue for poor farmers looking to supplement their income through selling scrap copper. Thus, you are forced to run the wires on very high poles and use extremely high voltage in order to dissuade them from trying to "snip" their lunch money off of your poles.

Now, this high voltage system means you need very expensive step down transformers in order to deliver power to the home. These are the real world problems that are not considered by the "academic" crowd coming up with brilliant plans in their ivory towers.

If this were easy, hundreds of people would have already done it. Don't mean to be the bearer of bad news, but anything you can think of is probably a waste of time, and has almost certainly already been tried and abandoned. This is because it is not technology that is needed. It is changing the psychology of the rural audience who are your consumers.

If it were me, I would spend my time coming up with a business plan with pie in the sky, unreasonable figures and learning how to sell that to greedy, unsuspecting investors who just want to get in on this new, emerging market. They already know that their money is probably going down a rat hole, so they won't be shocked when the real world problems do exactly that. In the mean time, you will have a nice income and can brag to everyone at conferences about how your ideas are so much better than their ideas. In fact, they are all the same, recycled ideas failing for the same reasons.

If you want something that will actually work, your project should be to lobby the government to spend a few billion dollars installing a conventional electrical grid that is too difficult to be easily destroyed by scavengers. If times get bad enough, that will eventually be scavenged as well, but at least it has a chance of lasting a bit longer.

Your only other realistic option is individual in home generation. That doesn't require public access wiring. It is also the most expensive, because costs can not be shared among many. So any solution like that is probably limited to the financially better off.

I wish you luck, but I often wish the schools would teach practical ways of helping. Don't worry about this survey. Just do anything you want, because your real problems are things you almost certainly haven't even thought of yet and have nothing to do with anything considered here.
Top

The link takes me to some kind of Google agreement page, in Arabic. Um, good luck with your endeavors
An unreliable narrator
Top
Post Reply Previous topicNext topic
14 posts