Fact of the day

If you have something so weird, strange or off-topic to post and think it doesn't belong in any other forum; you're probably right. Please put all your gormless, half-baked, inane, glaikit ideas in here. This might also be a place where we throw threads that appear elsewhere that don't belong ANYWHERE end up, instead of having to flush them. FORUM RULES STILL APPLY.
Post Reply Previous topicNext topic
138 posts

Vlad, Obviously you don't know very much about firearms and have watched too many gangbanger movies for your information. First off, even in America sawed off shotguns are illegal and a federal law offense. Second, by sawing the barrel, if you use shot, it will scatter the pattern badly and lose velocity as it exits the short barrel. Third, a 20ga, double barrel shotgun is a very poor choice for protection against bears (snaggle-tooth land-sharks) as you only get two shots, where as in a good 12ga pump you get 5 or more depending if you spent the extra money for a magazine extender. (Unless you have a Saiga Russian semi-auto 12ga with a 20 round drum.) I used to hunt duck and doves with a nice little over/under Beretta Silver Snipe in 20ga. Depend on a 20ga for bears sounds like suicide by bear, your just going to piss them off and even if you don't kill them, they will be pissed off and take it out on the next person they see.

When in Alaska and I wasn't going to carry a large caliber rifle, I would carry a Mossburg Ultra-mag 12ga shotgun in 3 and a quarter in magnum shells, a legal 18in ported barrel and a "ghost" sight. The first three shells were very nasty hollow-point slugs (aim for the shoulder of the bear, the last two were 00-buck to blind him if possible when he was close. My favorite bear/moose gun was bolt action (Ruger) M-77 Mark II in .375 H&H (Holland & Holland) with a 3-9 variable scope, which is used for large dangerous game. It has a 300gr bullet at 2645fps. A lot of the big game (bear, moose) Alaska guides use this rifle/caliber
Top

Who needs a gun when you've still got all your teeth ? 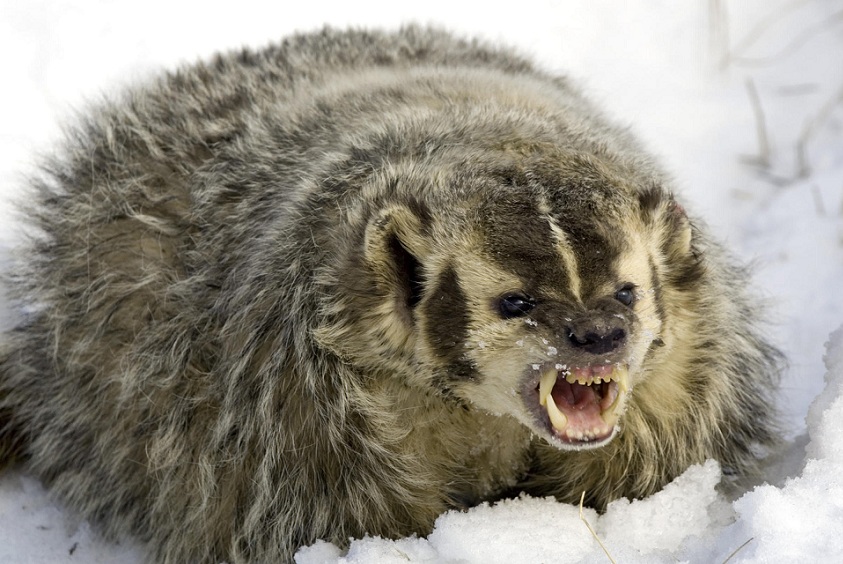 yes i do with my brother and my father

yes i do with my brother and my father

Vlad, Obviously you don't know very much about firearms and have watched too many gangbanger movies for your information. First off, even in America sawed off shotguns are illegal and a federal law offense.

The war in Iraq was illegal. It still happened. I come from a country where we have plenty of dangerous animals, Slobberman, and I'd been to more game reserves in Africa by the time I was 12 than you've been to KKK rallies.

At close range, it's your best choice.

From my own experience, I'd say much of your post is wannabe fantasy, you've probably never been outside of a Gun magazine monthly.

Come on tell us you worked for the CIA or were a Navy Seal, LOL
Jesus loves you...Mexico is great, right?

HE has a glass eye. (Left. He lost it in the fall of PP by the Viets)
i am on these blocked lists;
pucketrichard
hotdgr
sailorman
rozzieoz
stroppychops

Vald: Lets take a trip to Africa or Alaska and hike through the bush. You with your 20ga shotgun, me with my Ruger M-77 in .375H&H, and see who comes out of the bush alive. Your dreaming and/or totally ignorant if you believe a 20ga two shot shotgun is good protection against dangerous game. (I use a 20ga for small birds and snakes.)

No Vlad-the-impotent, no CIA, US Coast Guard with specialty in Port Security. (over the years between times at sea I did some private armed/unarmed security work) I love gun magazines, I sometimes use to take them with me when I was out in the Alaska bush and arctic to start my camp fires. I don't like to shoot animals for just pure sport like most of the hunters now in Africa. I hunted moose, bear, ducks, geese, etc for food/meat. (really miss Moose meat.)

KKK, No, if I'm going to be in an organization I'm not going to hide my ID under a sheet, so Vlad, don't be afraid to come out of the gay closet.

In those game reserves, did your mommy ever let you off the safari/tourist bus? I think not or with your puny 20ga, you would have been lion shit in no time. You ever shot dangerous game? I think not, but I have. Ever had to use your 20ga shotgun to protect you life against dangerous game? NO? Why am I not surprise. We don't have "game reserves" in Alaska", as its all free roam bear country. BTW/ Little know fact is that moose are more dangerous than bears.

Vlad, where did I say that I was behind the war in Iraq? I'm all for the brave Americans who have to fight it, but the politicians/oil barons that got us into it should be made to be in the front lines. I say, let the arabs and people in that part of the middle east kill each other and screw the rich Saudi's. Its all about oil and minerals.

Uh, we weren't on the tourist bus, moron, we were running the game lodge, and mostly we were on foot or in an open Landrover.

Do try and keep up, I know you have an unfair handicap with your heritage, but try.

Users browsing this forum: No registered users and 52 guests