If you have something so weird, strange or off-topic to post and think it doesn't belong in any other forum; you're probably right. Please put all your gormless, half-baked, inane, glaikit ideas in here. This might also be a place where we throw threads that appear elsewhere that don't belong ANYWHERE end up, instead of having to flush them. FORUM RULES STILL APPLY.
Post Reply Previous topicNext topic
884 posts

you don't think that he posted that as a troll post an his not being serious?

You guys are easy

I was an 'early adopter' of CEO and Mrs Stroppy followed shortly after so she could participate rather than just watch me tappy-talking away. In the early days it was exciting to open up CEO and see a small handful of new posts. We both enjoyed a sense of easy achievement in reading every post, and (you might say childishly) showing each other a 'No Topics' screen on the Unread filter. Over the past few days it's between almost impossible to keep up as there are constantly 50+ active topics. I am subscribed to less than 5 threads, and yet I've cleared messages similar to this one: 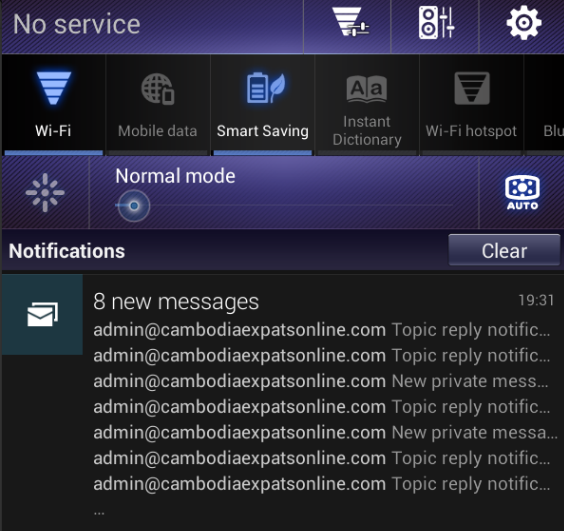 five times in the last hour. Most posts are, in my mind at least, quality content and/or genuine communication.

Forget other metrics for comparing sites, to me this paints a very vivid, accurate picture. I'd say OD and the General have very good reason for self congratulation. After all, parents of newborns are usually the most irritating for a while (kidding, D and D) but you really have to agree when it's a cute baby.
Bodge: This ain't Kansas, and the neighbours ate Toto!
Top

StroppyChops wrote:After all, parents of newborns are usually the most irritating for a while (kidding, D and D) but you really have to agree when it's a cute baby.

you're on diaper duty next...
Top 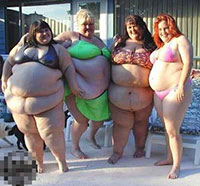 Rain Dog wrote:
Never made it to Snooky yet ---- looking at your Avatar --- are those the type of girls I can find in the environs of CHB?

Hell no, I keep them in view here to remind me of the reason why I ain't never goin' home!
Top

Just another day at Walmart. I think their Greeters.

Or it's a Promo for Slimfast at store.

StroppyChops wrote:After all, parents of newborns are usually the most irritating for a while (kidding, D and D) but you really have to agree when it's a cute baby.

you're on diaper duty next...

Hell no, you made it, you clean up after it. We told you this before we let you bring it home.
Bodge: This ain't Kansas, and the neighbours ate Toto!
Top

I am not racist, nor do I wish to be perceived as such but this is just too much. I have been watching the little flags and noticed one flag repeatedly stoking the fire. As is my way, I wrote to the queen to ask her opinion on this and a few other things. Her reply was both swift and to the point:

A MESSAGE FROM THE QUEEN

In light of your failure in recent years to nominate competent candidates for President of the USA and thus to govern yourselves, we hereby give notice of the revocation of your independence, effective immediately. (You should look up 'revocation' in the Oxford English Dictionary.)

Her Sovereign Majesty Queen Elizabeth II will resume monarchical duties over all states, commonwealths, and territories (except North Dakota, which she does not fancy).

Your new Prime Minister, David Cameron, will appoint a Governor for America without the need for further elections.

Congress and the Senate will be disbanded. A questionnaire may be circulated next year to determine whether any of you noticed.

To aid in the transition to a British Crown dependency, the following rules are introduced with immediate effect:

1. The letter 'U' will be reinstated in words such as 'colour,' 'favour,' 'labour' and 'neighbour.' Likewise, you will learn to spell 'doughnut' without skipping half the letters, and the suffix '-ize' will be replaced by the suffix '-ise.' Generally, you will be expected to raise your vocabulary to acceptable levels. (look up 'vocabulary').

2. Using the same twenty-seven words interspersed with filler noises such as ''like' and 'you know' is an unacceptable and inefficient form of communication. There is no such thing as U.S. English. We will let Microsoft know on your behalf. The Microsoft spell-checker will be adjusted to take into account the reinstated letter 'u'' and the elimination of '-ize.'

3. July 4th will no longer be celebrated as a holiday.

4. You will learn to resolve personal issues without using guns, lawyers, or therapists. The fact that you need so many lawyers and therapists shows that you're not quite ready to be independent. Guns should only be used for shooting grouse. If you can't sort things out without suing someone or speaking to a therapist, then you're not ready to shoot grouse.

7. The former USA will adopt UK prices on petrol (which you have been calling gasoline) of roughly $10/US gallon. Get used to it.

8. You will learn to make real chips. Those things you call French fries are not real chips, and those things you insist on calling potato chips are properly called crisps. Real chips are thick cut, fried in animal fat, and dressed not with catsup but with vinegar.

9. The cold, tasteless stuff you insist on calling beer is not actually beer at all. Henceforth, only proper British Bitter will be referred to as beer, and European brews of known and accepted provenance will be referred to as Lager. South African beer is also acceptable, as they are pound for pound the greatest sporting nation on earth and it can only be due to the beer. They are also part of the British Commonwealth - see what it did for them. American brands will be referred to as Near-Frozen Gnat's Urine, so that all can be sold without risk of further confusion.

11. You will cease playing American football. There is only one kind of proper football; you call it soccer. Those of you brave enough will, in time, be allowed to play rugby (which has some similarities to American football, but does not involve stopping for a rest every twenty seconds or wearing full kevlar body armour like a bunch of nancies).

12. Further, you will stop playing baseball. It is not reasonable to host an event called the World Series for a game which is not played outside of America. Since only 2.1% of you are aware there is a world beyond your borders, your error is understandable. You will learn cricket, and we will let you face the South Africans first to take the sting out of their deliveries.

14. An internal revenue agent (i.e. tax collector) from Her Majesty's Government will be with you shortly to ensure the acquisition of all monies due (backdated to 1776).

15. Daily Tea Time begins promptly at 4 p.m. with proper cups, with saucers, and never mugs, with high quality biscuits (cookies) and cakes; plus strawberries (with cream) when in season.

God Save the Queen!
Remember your Karma helps a Wet Child In Wigan !
Top

They are now called 'References' btw

Queen, H.R.H. (2014). New Rules for the Expansion of the Commonwealth: London. Hope and Glory

HRH did not want to make a song and dance, so she thought it best to sample opinion on CEO and K440 first
Remember your Karma helps a Wet Child In Wigan !
Top