If you have something so weird, strange or off-topic to post and think it doesn't belong in any other forum; you're probably right. Please put all your gormless, half-baked, inane, glaikit ideas in here. This might also be a place where we throw threads that appear elsewhere that don't belong ANYWHERE end up, instead of having to flush them. FORUM RULES STILL APPLY.
Locked Previous topicNext topic
7 posts • Page 1 of 1

What were they thinking???

CAMBRIDGE (CBS) – The Harvard Lampoon is under fire for photoshopping Anne Frank’s head onto a bikini-clad body. The Lampoon is run by Harvard University students and is the oldest satire magazine in the country. It is now apologizing and pledging to overhaul its editorial process.

It is hard to distract Harvard students during finals, but the latest issue of the Harvard Lampoon went way beyond that. In fact, many Jewish students were so angry they were demanding resignations at the 150-year-old comedy magazine.

The magazine featured a photoshopped picture of Anne Frank with the girl’s head stuck to the top of a bikini-clad body and the caption: “Gone Before Her Time: Virtual Aging Technology Shows Us What Anne Frank Would Have Looked Like if She Hadn’t Died”.

Anne Frank, is one of the most recognizable figures from the Holocaust — a Jewish girl who was hidden from the Nazis by her father for years before being discovered and sent to a concentration camp where she perished. The heart-breaking diary she kept has been translated into 60 languages.

The Harvard Lampoon was swamped with student complaints, accusing the magazine of everything from anti-Semitism to trivializing genocide.

“We’re not joking,” said student Ilan Goldberg. “We’re not going down this slippery slope of making jokes about genocide about you know objectifying a girl who was killed in gas chambers.”

The Lampoon reversed course Tuesday night with a posting on its website which apologizes for “our negligence in allowing this piece to be created and printed.”

The magazine goes on to insist that it “condemns any and all forms of anti-Semitism.”

Going forward, the Lampoon pledges to approach its content with greater care and says it will set up a process to get more editorial oversight before the magazine is published.

“They’re ashamed of what they did,” Rabbi Zarchi said. “This was a terrible error and we all hope and I’m certain this will be a teaching moment not only for them but for all of us.”

Quote:“We’re not joking,” said student Ilan Goldberg. “We’re not going down this slippery slope of making jokes about genocide about you know objectifying a girl who was killed in gas chambers.”

They even don't know that Anna Frank didn't died in gas chambers.

Anne and her sister, Margot, were transferred from Auschwitz to Bergen-Belsen concentration camp, where they died (probably of typhus) a few months later.
There are people who cannot imagine that there are other ways of life than their own life.

[Admin Edit: Enjoy your month holiday as much as we will enjoy it. And frankly, I have a strong suspicion it will be a permanent holiday if you decide to come back anyways, as you have shown no attempt to have civil discussions.]
Top

Bye bye Charlie. That post of yours is repulsive and doesn't have any place on this forum. I don't usually make personal remarks, but I won't miss you. Your main reason for posting here is obscure. You have no interest in Cambodia. Members here have no interest in your agenda. 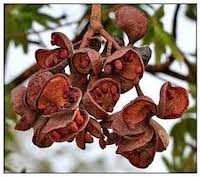 And this is my point entirely

Sensitive groups are dictating what can and cannot be said
It's just a cartoon, in a satirical magazine, in poor taste
As might be expected, so don't read it
.

What I said before: Doing this with Anne Frank,is utterly shameless!
There are people who cannot imagine that there are other ways of life than their own life.

I cleaned this up just a tad, and thanks for keeping it pretty civil this time, I just think it's fair to assume this could quickly head in a downward spiral. Locked.
"Life is too important to take seriously."

Users browsing this forum: No registered users and 79 guests